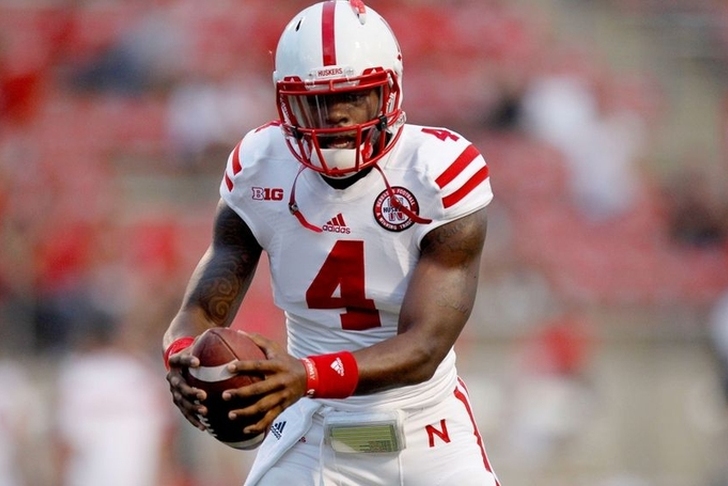 The Nebraska Cornhuskers (5-6) overcame some sloppiness on offense to take down the Rutgers Scarlet Knights (3-7) handily on the road, 31-14 on Saturday. Here's some notes, quotes and observations from Nebraska's big road win.

Rutgers' 17-point loss can be seen as an improvement over the previous three losses in their four-game losing streak. The Scarlet Knights lost to Ohio State, Wisconsin and Michigan by an average margin of 37.3 points.

Huskers QB Tommy Armstrong fell back into some of his gun-slinging tendencies on Saturday, throwing three interceptions to go with his three picks which kept Nebraska from fully blowing out Rutgers.

Scarlet Knights QB Chris Laviano was ineffective both through the air (13-of-27, 165 yards, two interceptions) and on the ground (13 carries, 3 yards) against a Nebraska defense that has been ineffective at times stopping both the run and the pass.

“Right now he’s at Robert Wood Johnson (Hospital in New Brunswick),” Rutgers head coach Kyle Flood said of center Derrick Nelson's condition after he was carted off on a backboard following what looked to be a serious injury in the final minute. “Before he left the field, he had movement in his hands and his feet and his extremities. All the initial signs were positive. Any injury of that type needs to be handled with the greatest of caution and that’s why he’s Robert Wood right now being cared for and when I’m done I’ll head over there.”

"I think everyone in the program is frustrated...We're not pleased." -- Rutgers coach Kyle Flood about his team's rough 2015 campaign.

"I'm real excited about the position we've put ourselves in the last couple weeks." -- Mike Riley about his team's recent success.

Talk of Mike Riley's job security being tenuous after the team's 3-6 start to 2015 has seemed to die down with last week's massive upset of Michigan State and this week's beatdown of Rutgers. Even if Nebraska can't get the job done against Iowa in Black Friday's season finale, there are some doomsday scenarios which could see the Huskers sneak into a bowl at 5-7. It's not ideal, but that would count as progress with the type of season Nebraska has had in year one under Riley.

Rutgers students and fans alike loudly booed a designated driver PSA spot featuring head coach Kyle Flood. That's emblematic of what's been a major disappointment of a season in New Jersey which could ultimately end up costing Flood his job. Rutgers will most likely fail to make a bowl for just the second time in 11 seasons, and the fans are starting to stay away from the stadium as evidenced by the sizeable Nebraska contingent on hand today.