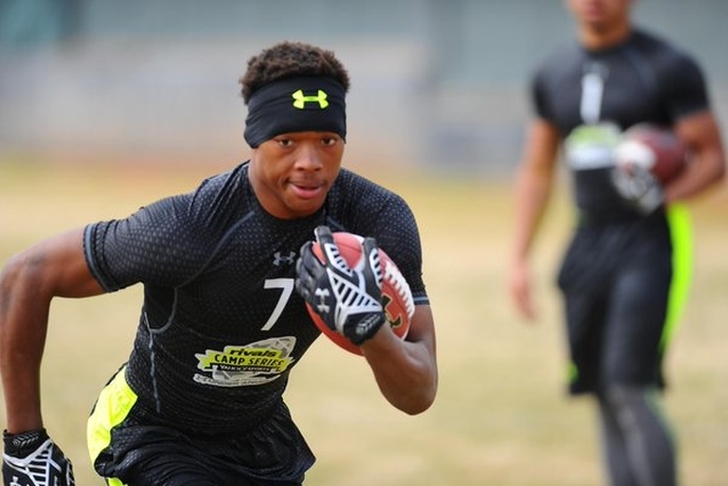 The Nebraska Cornhuskers have turned all of their attention to recruiting after wrapping up spring practice last week, and head coach Mike Riley is certainly making good use of that time. Here's all the latest news and rumors surrounding Nebraska football recruiting:

4-star CB wowed by Nebraska visit
Four-star cornerback Deommodore Lenoir (Los Angeles, CA) wasn't quite sure what to expect during his visit to Nebraska this weekend, but he came away very, very impressed.

“It was a great visit and very shocking,” he said. “So many fans knowing who you are and looking at 72,000 people was different.”

Lenoir has the Huskers high on his list, but he doesn't have a commitment date set. He is ranked as the No. 8 cornerback and No. 76 overall prospect in the country.

Nebraska also made it very clear how they planned to use him in the offense.

“We met the strength coach and had a position meeting where we broke down film and talked X’s and O’s with the position coaches,” Miles said. “They said versatile ways, multiple ways — H-back, fullback, move guy. They can throw it to me, I can block and I carry the ball.”

Miles doesn't have a timeline for a decision, but Nebraska is in a legitimate battle to land him with LSU. He is ranked as the No. 2 fullback in the country.

“The whole fan experience for me was just amazing,” he said. “When I first got off the plane and then got to the facilities, they told me they’d sold 70,000 some tickets but I just didn’t really believe that many people were coming to a practice. Then when I was just walking out of the tunnel with Deommodore Lenoir and we saw all those people. it was just intriguing for me. This is just a practice, but instead everyone in the city stopped what they were doing to come support the team. That’s amazing.”

Johnson is still committed to UCLA, but he admitted there's a chance he could flip to the Huskers.

“I definitely think the scheme that they run that I could play in that,” he said. “I could help their program moving forward. That’s something to look at."

Johnson is ranked as the No. 27 athlete and No. 347 overall prospect in the country.