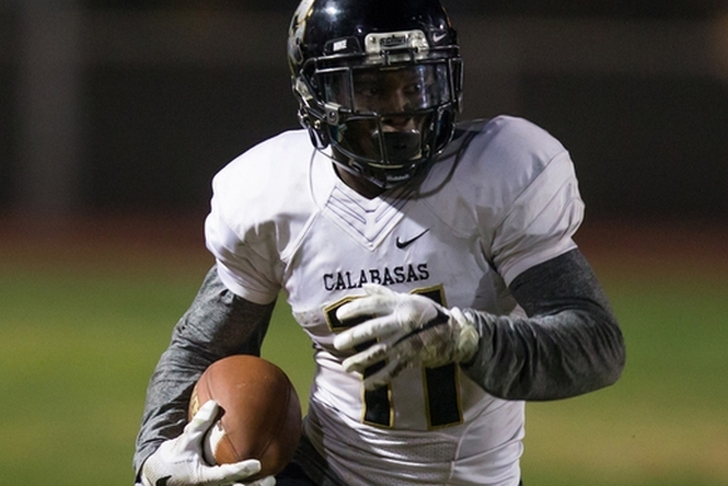 The Nebraska Cornhuskers have turned all of their attention to recruiting after wrapping up spring practice last week, and head coach Mike Riley is certainly making good use of that time. Here's all the latest news and rumors surrounding Nebraska football recruiting:

5-star CB could delay decision
Five-star cornerback and top target Darnay Holmes (Calabasas, CA) was planning to make a college decision on on June 23, but he told 247sports that he may push that date back.

"I don't know if I will be ready," he said. "I might not feel comfortable by my birthday to make that decision. Also we've been talking about taking five official visits now -- so what we're going to do is talk it over and then possibly narrow it down to a top five and then take five official visits. That's the way it's looking right now. In the summer I will probably release my top five. Right now I'm just running track and trying to get my speed down and get faster."

Holmes is considering Arizona, UCLA, Washington, Stanford and Alabama to go along with Nebraska. He is ranked as the No. 1 cornerback and No. 6 overall prospect in the country.

3-star ATH target to make commitment "soon"
Three-star athlete Jeremiah Hawkins (Yorba Linda, CA) was one of the many prospects in attendance at Nebraska's spring game over the weekend, and was extremely impressed with his experience.

“Nebraska was probably the best pregame and fan experience I have ever seen,” Hawkins told 247sports. “I didn't expect to actually see 73,000 people there, but there was actually 73,000 people there maybe even more. The Nebraska fans are amazing and they show so much love. I felt like I was a celebrity because all of kids and fans knew who I was and they would come up to me asking for my autograph or to take pictures. Feeling that love from the fans and especially the kids really showed me how special Nebraska's fan base is and how much they cherish it.

“This is a visit I will never forget. I didn't know what to expect, but they really impressed me, and they are one of my top choices.”

Hawkins admitted he's closer to making a decision after the visit, and said he could make a commitment "soon". Maryland, Oregon State, Washington, Washington State, Arizona State and Cal are also in the mix to land him.