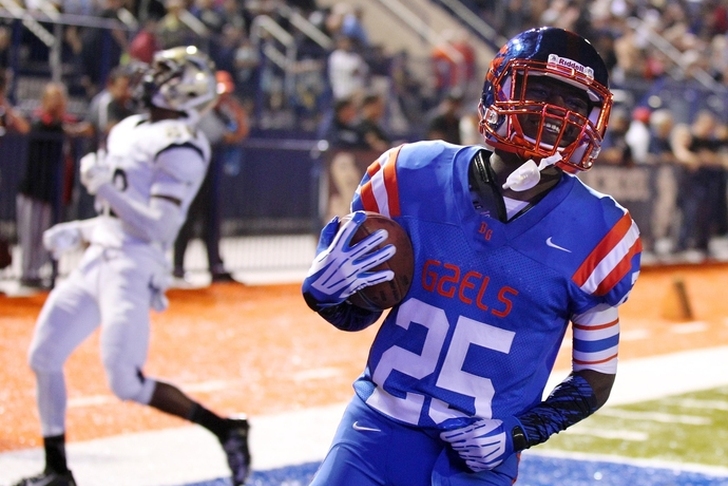 The season doesn't start for the Nebraska Cornhuskers for several months, giving the Huskers plenty of time to focus on recruiting. Nebraska has turned up the heat in recruiting during the offseason, and it's already paying dividends. Here are the latest news and rumors surrounding Nebraska football recruiting:

WR Tyjon Lindsey To Visit
The Cornhuskers will get a visit from five-star WR Tyjon Lindsey, reports 247Sports. Lindsey will visit on June 24th, less than a month before he makes his decision on August 22nd. He's the No. 30 player in the nation and the No. 5 WR. He's also the No. 7 player from California. 247Sports' Crystal Ball doesn't have a true favorite for Lindsey, although Ohio State is No. 1, the USC Trojans are second and the Cornhuskers are third.

Excited & Fired up to say I have received an offer from the University of Nebraska @Coach_Parrella pic.twitter.com/354dWSaCLo

Parker checks in at 6-foot-2 and 268-pounds. He already has an offer from Iowa State and will surely end up with several more.

Huskers Make Top 7 For Three-Star WR
Florida WR Emmanuel Greene announced his Top 7 on Twitter and the Cornhuskers made the cut.

But what's interesting is that the Huskers haven't offered Greene yet. The three-star recruit is the No. 406 player in the country. He doesn't have the best size, but is fast. That he's put the Huskers in the Top 7 before even getting an offer is a promising sign if Nebraska ever decides to pursue him.

Follow our Nebraska Cornhuskers team page for all the latest Nebraska football recruiting news, or download the Chat Sports App!