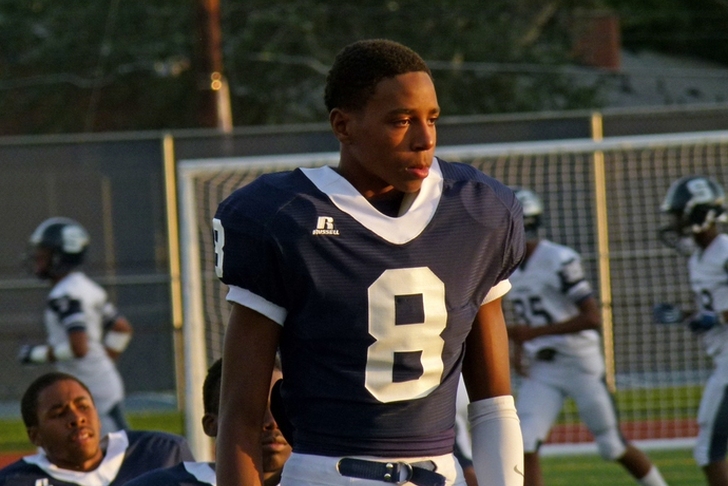 The Nebraska Cornhuskers are putting together a solid recruiting class, but they're not done yet. The Cornhuskers are making a strong push for several recruits with just one moth until National Signing Day on February 3. Here's Everything You Need To Know About Nebraska Recruiting With 3 Weeks Until Signing Day:

Huskers Offer 3-Star Athlete
Nick Pickett just picked up his third D-I offer Tuesday, as The Cornhuskers offered the 3-star prospect. Nebraska, Utah and San Jose State are the only schools to offer Pickett, according to 247Sports. A class of 2017 prospect, it's likely one of several more offers Pickett will receive.

"We're hearing from a couple of schools right now. I can't say who they are, but there's a couple of big time schools we're hearing from," Desmond's father Greg Fitzpatrick said per The Omaha World-Herald. "We're just waiting 'til coaching hires are done to see what happens, and then he'll decide where he wants to go and visit on the 22nd. Syracuse was an option, but I'm not sure if he's going to make it there or not."

Other schools that 247Sports has in the mix are Michigan and Kentucky. Fitzpatrick's decision should come just before Signing Day.

TE Talks Nebraska
Chase Allen is a 3-star TE with offers from schools like Michigan and Minnesota. The Cornhuskers recently offered Allen and 247Sports spoke with Allen.

“ I had heard from [Nebraska] through the season and it picked up more when recruiting started to spike some,” Allen said. “I was able to talk to coach Thompson and he extended it right there. That’s a bigger one for me for sure. I know all about the tradition up there and I did really enjoy the time on my visit. It’s a place I’m going to be looking to take a visit to in January.”

The Cornhuskers are in the mix for Allen, but he's expected to commit to Michigan.