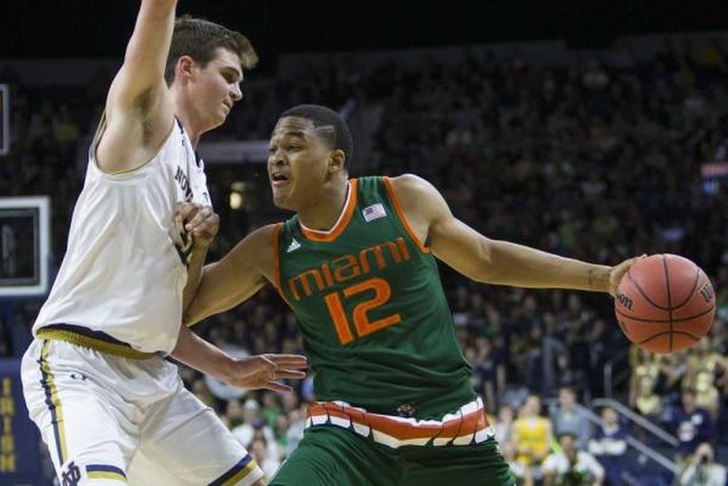 The Nebraska Cornhuskers had a down year last year, posting just a 16-18 mark and 6-12 record in Big Ten play, but some help might be on the way.

Miami transfer James Palmer told CBS Sports that plans to visit Nebraska in may, as they are one of the schools he's most interested in. Palmer also plans to visit Temple, but the Huskers appear to be in the lead to land him. He's also considering Washington, Cal and Cincinnati.

Palmer played in 34 games for Miami this past season, averaging just 3.4 points and 1.1 rebounds per game in a minimal role. An athletic combo guard, Palmer is a true slasher who has shown a great deal of defensive potential due to his size and wingspan. His shooting does need to be improved, however, as he shot just 26.7 percent from three-point range.

The 6'5", 200-pounder was rated as a four-star prospect and the No. 104 recruit in the 2014 class. He will have two years of eligibility remaining after he sits out next year, per transfer rules.

Follow our Nebraska Cornhuskers news page for all the latest Nebraska basketball news!