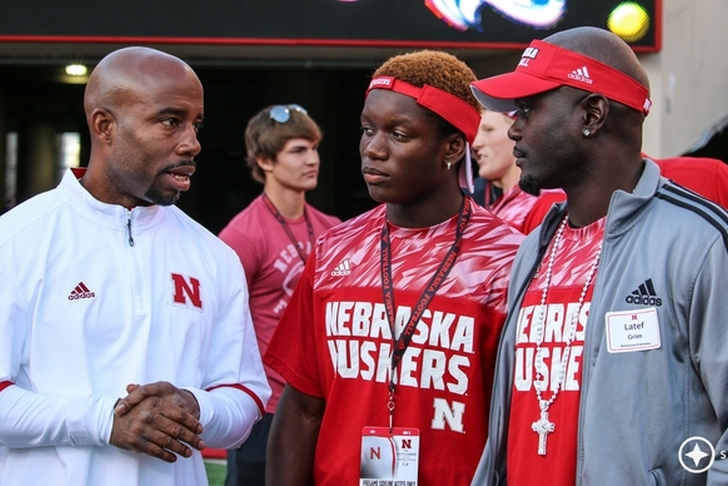 The Nebraska Cornhuskers had a bye in Week 12, which means it's a slightly lighter update for recruiting. However, there were still a few recruiting developments worth mentioning. With that in mind, here's our Nebraska Football Recruiting Update - Everything You Need To Know After Week 12:

Nebraska added its second official commit this week, as three-star WR Derrion Grim singed his financial aid paperwork. Grim was originally committed to Boise State, before flipping to Nebraska in September. Part of the allure of Nebraska was WRs coach Keith Williams.

“I thought I knew a lot about receiver, but Coach Williams taught me a few things even when I was (visiting) here," Grim said.

Four star WR Desmond Fitzpatrick has been committed to Louisville since last Halloween, but he announced Sunday on Twitter that he is re-opening his recruitment. Fitzpatrick has offers from schools like Michigan, Minnesota, Kentucky and Illinois. Nebraska is considered the favorite to land him.

Three star defensive back Maurice Chandler received a visit from defensive line coach Hank Hughes during the bye week. Chandler is a JUCO recruit and Nebraska is among the favorites to land him. 247Sports caught up with Chandler.

“I’m really looking for the home town feeling that everybody wants,” Chandler said. “Everybody, Arizona State and Nebraska, are working on an even playing field.”

Chandler will be visiting Nebraska this weekend.