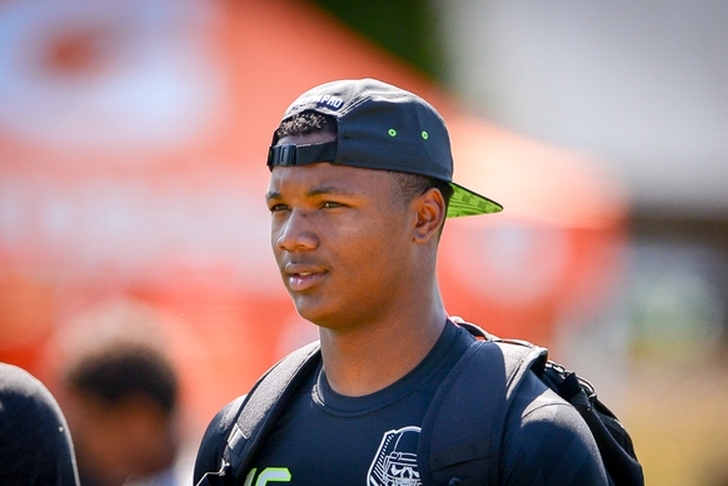 We're less than two weeks from what'll be a hectic and interesting National Signing Day, which means it's time to double down on our Nebraska Cornhuskers recruiting coverage. Here's our Nebraska Football Recruiting Rumors & News Roundup: 13 Days 'Til Signing Day!

What's The Deal With Lamar Jackson?
The Nebraska Cornhuskers will have to sweat things a few days longer than expected as four-star defensive back and top 2016 target Lamar Jackson has pushed his announcement date back from February 28th to Groundhog Day on January 2nd -- one day before National Signing Day.

Jackson is filming a video for his announcement and hopes it will go viral by positioning it the day before NSD.

Jackson says that his list is down to Nebraska, Arizona, and Arizona State. He's been in contact with all three coaching staffs over the past week, including in-person visits with the Huskers and Wildcats. He's expected to host Arizona State on Friday.

Ranked as the #5 athlete in the Class of 2016 by 247Sports, Jackson is currently considered to be a heavy Nebraska lean -- a projection that hasn't been changed by his announcement date delay.

Mike Riley Finishes Busy Thursday
Nebraska head coach Mike Riley made good use of his travel budget today, spanning Missouri to meet up with one top target and one commit.

Via Michael Bruntz of 247Sports:

"Riley stopped in Springfield, Missouri, this morning to see Nixa, Mo., tight end target Chase Allen, who will officially visit Lincoln this weekend. After leaving Allen’s family, Riley will continue north to see wide receiver commit J.D. Spielman on Thursday evening. Spielman confirmed to HuskersIllustrated.com that he was expecting Riley to be in his home on Thursday for a visit."

Huge Visit Weekend On Tap
Nebraska is positioned to make a huge leap in the nation's overall 2016 and 2017 recruiting class rankings this weekend with nine recruits set to visit Lincoln.