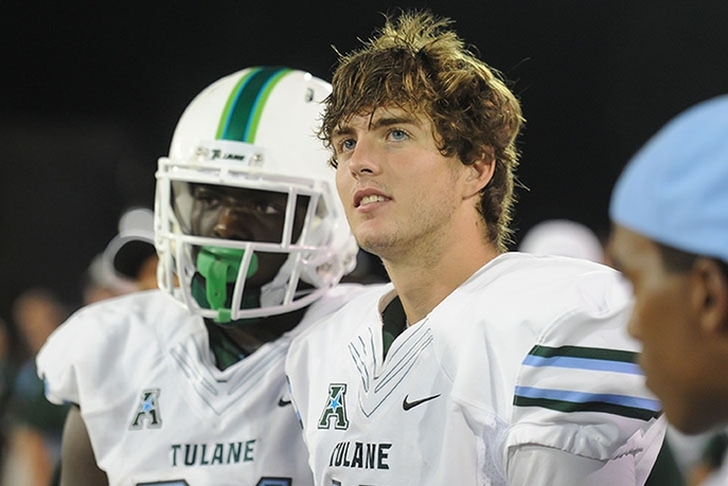 Tulane Green Wave transfer quarterback Tanner Lee is currently petitioning the NCAA to get a year of eligibility back via the hardship provision, in hopes of moving on from Tulane with two years of remaining eligibility under his belt. One destination he could be looking at is Lincoln, Nebraska.

While he'll have to sit out the 2016 season due to NCAA transfer rules, the Nebraska Cornhuskers have shown interest in Lee as a potential heir apparent to Tommy Armstrong. On the flip side of the coin, Mike Riley's quick drop-in to visit Lee on Tuesday night left a big impression. More Nebraska recruiting info inside our Chat Sports iPhone and Android apps.

“The visit went really well,” Lee said. “My family and I really enjoyed having him over and it meant a lot for him to make that trip.

“We had a good time telling stories and talking football,” Lee said. “He wanted to make sure I felt comfortable with Nebraska and that I didn’t have any questions or concerns that were keeping me from coming to play for him.”

Lee indicated earlier in the process that a decision would come this spring. But, he said that "hopefully (a decision will) come sooner than later" after speaking with Riley. After redshirting in 2013, Lee played two season at Tulane -- amassing over 3,500 passing yards with 23 touchdowns against 21 interceptions. Stay up to date with the latest Nebraska football news in our Android and iPhone apps!