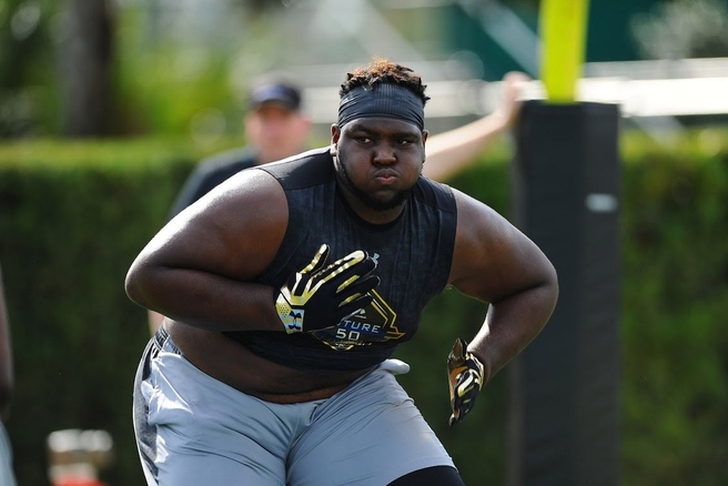 The season doesn't start for the Nebraska Cornhuskers for roughly month and the Huskers are using some of that time to focus on recruiting. Nebraska has turned up the heat in recruiting during the offseason, and it's already paying dividends with 12 commits. Here are the latest news and rumors surrounding Nebraska football recruiting.

Nebraska After LSU Commit
Four-star DT Tyler Shelvin is committed to the LSU Tigers. However, defensive line coach John Parrella is still recruiting him to join the Cornhuskers.

"I’m just always talking with coach Parrella," Shelvin told 247Sports. "He’s telling me about the Blackshirts, about campus and the education. He’s a great coach. I can already tell that. He came down to my school in the spring."

Shelvin said he'll take a visit to Nebraska, although a date has not been set up yet. Shelvin is the No. 34 recruit in the country, the No. 2 defensive tackle and the top Louisiana product. He's listed at 6-foot-3, 376-pounds, which screams run-stuffer.

Huskers Offer Three-Star RB
Nebraska has offered Daniel Young a scholarship, 247Sports reports. Young, a three-star back from Texas, also holds offers from schools like Boise State, Minnesota and Houston. He's listed as the No. 70 RB in the country and the No. 145 player from the state of Texas. The Cornhuskers don't have any commits at the running back position yet.

Four-Star Safety To Make Decision After Season
Jaylen Kelly-Powell is a four-star safety from Cass Tech in Detroit and was expected to make his decision before the start of his senior year. That won't be the case.

My college decision will not come until after the season.

Kelly-Powell told 247Sports his interest in schools like Nebraska is a big factor in his decision to wait.

"I'm working out my official visits at the moment with my parents," Kelly-Powell said. "I may not do an official at some schools that are in my final, because they are close enough or I have already visited with my Dad or Mom. This process has truly made me take a step back and has opened my eyes. I'm honestly excited to see all the schools that have offered me and the schools that may have not, but I have a relationship with. I never thought I would like an Arkansas, Auburn, or Nebraska, but I do. So my DVR will be at its maximum capacity this fall with all the games I will watching and catching up on, while I sort through the process."

Michigan is the current favorite for Kelly-Powell, although he has offers from plenty of schools. He's listed as the No. 20 safety and a top five player from the state of Michigan.

Follow our Nebraska Cornhuskers team page for all the latest Nebraska recruiting news, or download the Chat Sports App!