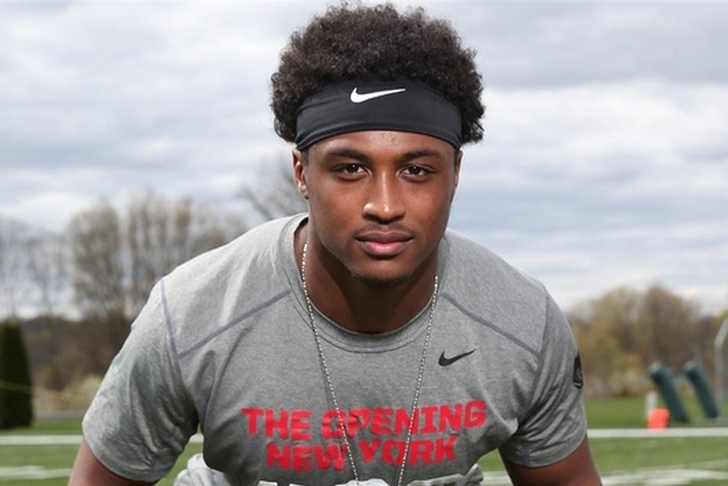 The Nebraska Cornhuskers are in the midst of spring practice in preparation for the 2016 season, but that doesn't mean head coach Mike Riley & Co. have taken a step back on the recruiting trail. Here are all the latest news and rumors surrounding Nebraska recruiting:

Penn State and Nebraska are figured to be his two frontrunners at this time, but he does have strong relationships with Keyshawn Johnson Jr. and Jaevon McQuitty, both of whom have committed to the Huskers.

Keyshawn Johnson Jr. working to recruit other prospects to Nebraska
The Huskers got a commitment from four-star wide receiver Keyshawn Johnson Jr. earlier this week, and it's already paying dividends for them. Johnson has already started recruiting other top prospects for Nebraska - including a pair of his teammates in four-star QB Tristan Gebbia and five-star ATH Darnay Holmes.

“I’ll be working on the kids at my school. I want to be involved in getting guys to come Nebraska. I committed early because I wanted to get the recruiting process over with but I guess being able to peer recruit early helps as well."

Johnson is ranked as the No. 27 wide receiver and No. 219 overall prospect in the country.

Bell, a true speedster, is ranked as the No. 93 wide receiver and No. 618 overall prospect in the country.