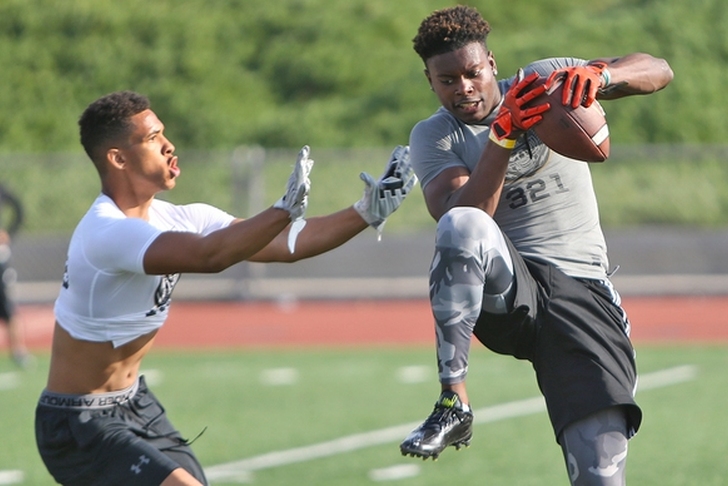 The season doesn't start for the Nebraska Cornhuskers for another month, giving the Huskers plenty of time to focus on recruiting. Nebraska has turned up the heat in recruiting during the offseason, and it's already paying dividends with 11 commits. Here are the latest news and rumors surrounding Nebraska football recruiting:

Nebraska hosting 5-star WR this weekend
Five-star wide receiver Joseph Lewis (Los Angeles, CA) is set to visit the Huskers next week, according to multiple reports. Lewis will spend a couple days in Lincoln starting next Monday, reports to Brian Christopherson of the Lincoln Journal Star:

Joseph Lewis, who was one of the ballyhooed recruits in town for the last Friday Night Lights, will be in town for a couple days starting next Monday, according to HuskerOnline.com and HuskersIllustrated.com.

He also has unofficial visits to Alabama and Tennessee this week.

Nebraska, Oklahoma, Oregon and Arizona have been considered top possibilities for Lewis, who also will likely take an official visit to Lincoln for either the Fresno State or Oregon game.

Huskers offer 2018 WR
Nebraska has offered a scholarship to wide receiver Jammal Houston (Marrero, LA), one of the fastest-rising recruits in the 2018 class, on Wednesday.

The 6'2", 180-pounder already has offers from Arkansas, LSU, Ole Miss and Virginia Tech. LSU is the favorite to land him, but it's still very early in his recruitment.