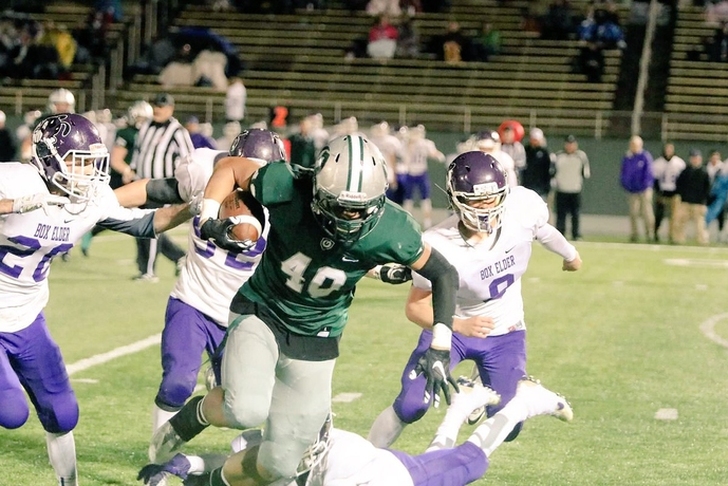 There isn't any actual Nebraska Cornhuskers football until the fall, which means recruiting takes center stage for Mike Riley and his coaching staff. Nebraska is off to a hot start, ranking ninth in the nation with 10 commitments. But the Huskers aren't done yet and they'll continue to bring top talent to Lincoln. Here are all the latest on Nebraska Football Recruiting you need to know.

Nebraska Makes Cut For Four-Star
One of the top defensive targets for Nebraska this cycle is four-star LB/DE Cameron Latu. He recently revealed his top five schools on Twitter and Nebraska made the list.

That's a tough group for Nebraska to compete with for the Utah product. Latu would be a good fit as a 3-4 OLB for Nebraska. He's the No. 133 overall player this year and the No. 2 player from the state of Utah. USC is the current front-runner to land Latu.

Three-Star Visiting This Weekend
The Huskers will get a visit from three-star LB David Alston, a player who should fit the Huskers 3-4 scheme quite well. This will be Alston's first visit to Nebraska, 247Sports reports. A top 1000 recruit this year, Alston is the No. 4 player from Minnesota. Several other schools, including Wisconsin, have offered Alston. However, the Huskers are the current favorites for his services.

Huskers Offer 2019 OL
The 2018 class gets the bulk of the attention, but good coaching staffs are always looking ahead to the next year as well. That's what Nebraska is doing, recently offering a scholarship to Caedan Wallace.

Blessed to receive an offer from The University of Nebraska#gohuskers pic.twitter.com/lGxrSu5EWs

Wallace is listed as a four-star guard by 247Sports. The New Jersey product already holds offers from several schools, including Penn State, Oklahoma and Virginia Tech.

Follow our Nebraska Cornhuskers team page for all the latest on Nebraska football recruiting or download the Chat Sports App!