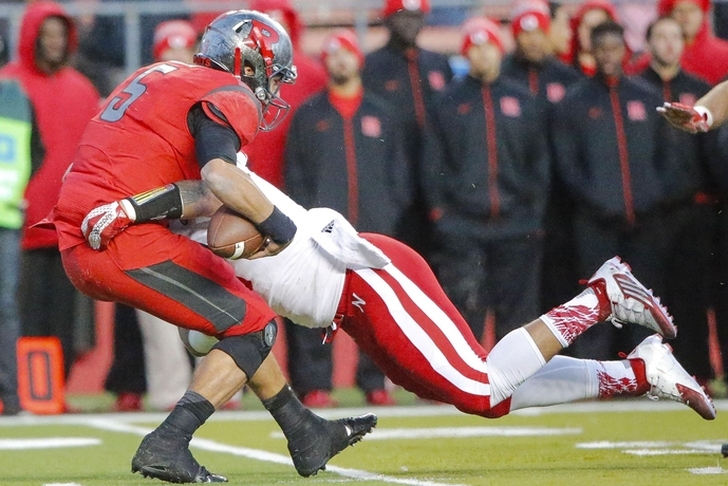 The Nebraska Cornhuskers are headed in the right direction after a convincing 31-14 win at Rutgers, entering the bye with plenty of good feelings and momentum. We're here to get you caught up on the week that was and get you set for the team's bye week with our Nebraska Cornhuskers Football Roundup: News, Rumors & Recruiting - Everything You Need To Know For Mid-November.

After starting the season 3-6, the Huskers are now on the cusp of bowl eligibility thanks to back-to-back wins against Michigan State and Rutgers.

Nebraska's "three-game season" is building towards a season-ending climax against the undefeated Iowa Hawkeyes, Steven M. Sipple of the Lincolin Journal-Star muses.

Defensive tackle Kevin Williams was granted an extra year of eligibility for 2016. Williams suffered knee injuries which kept him sidelined for both the 2011 and 2013 seasons.

Nebraska made our list of the 4 College Football Fan Bases With The Most Class, along with Clemson, Notre Dame and Auburn.

Also in recruiting news, defensive coordinator Mark Banker will be in Southern Calfornia this week. He'll be checking in on safety commit Marquel Dismuke, along with scouting 2017 WR target Keyshawn Johnson.