Mike Riley Is Recruiting These 3 Quarterbacks For The 2017 Class 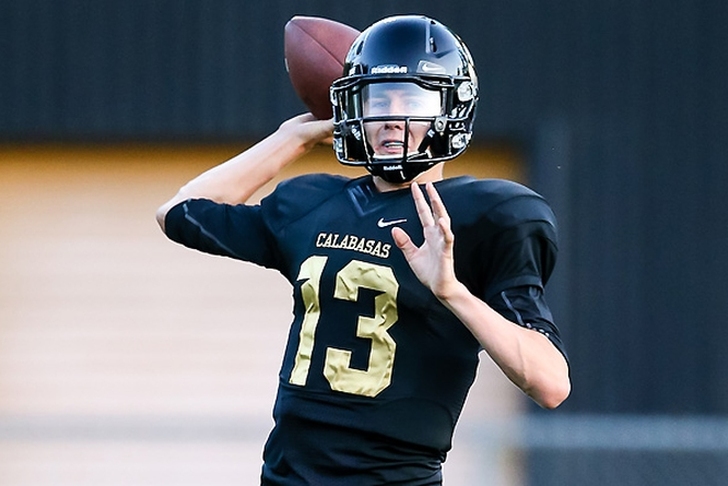 The Nebraska Cornhuskers just put the finishing touches on their successful 2016 class, and head coach Mike Riley and his staff have already turned their attention to the 2017 class.

Quarterbacks are incredibly important in college football, which is why it's not a surprise that Nebraska is targeting several this cycle. The Cornhuskers will likely one sign one or two QBs in this class, but Riley has targeted a certain group that he has made high priorities. Here are the three quarterbacks he is recruiting in 2017 class.

3) Shon Mitchell (Chesapeake, VA)
Mitchell is the only dual-threat QB on this list, and he's ranked as the No. 18 dual-threat quarterback prospect in the country. Despite offers from Clemson, NC State, and Tennessee, Mitchell has Virginia Tech and Nebraska as his two current favorites.

2) Jack Coan (West Sayville, NY)
Coan is the No. 14 pro-style quarterback in the country, but is the No. 2 overall prospect in the state of New York. He passed for 3,431 yards and 40 touchdowns during his junior season, which earned him scholarship offers from the likes of Nebraska, Michigan, Florida, Stanford, Penn State, and Rutgers. Coan hasn't named a favorite or group of favorites yet, but he's expected to stay relatively close to home.

1) Tristan Gebbia (Calabasas, CA)
Gabbia is ranked as the No. 8 pro-style quarterback prospect in the country, and even though he's a California kid, his top two schools at this point are Ole Miss and Nebraska.The 6-3, 180-pounder completed 278-of-442 passes in his junior year for 4,435 yards, 45 touchdowns, and just nine interceptions. He is hoping to announced his college decision by the end of April.