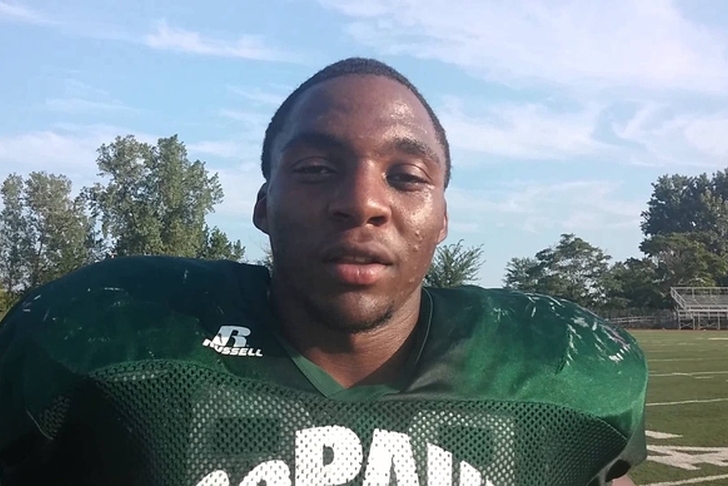 We're less than 24 hours out from National Signing Day, which means that Mike Riley and the Nebraska Cornhuskers are tripling down on their recruiting efforts to finish off the 2016 cycle with a bang. With that in mind, we're here to provide the latest Nebraska recruiting news from the afternoon/evening of January 2nd.

Prior to formally announcing his announcement, Jackson pushed for Riley to take a hard look at recent Stanford decommitment and three-star athlete Beau Bisharat. Riley did just that, offering Bisharat on Monday.

Bisharat is extremely intrigued, especially with Jackson in tow for the Huskers.

“Coach Mike Riley called and left a message,” the 6-foot-2, 210-pounder said, via Mike Schaefer of 247Sports. “The message was basically if you want to sign on Wednesday, we can get you out for an official. That works for us. I know they want me in the backfield, so that’s a plus for sure."

Nebraska has put the full-court press on him and is sending out a Letter of Intent, but Bisharat isn't so sure that he can make the jump to Lincoln without visiting first. There's also other schools pushing for him (Cal being one big one), and the fact that he feels pressure about making a Signing Day leap.

“I’ve always wanted to sign because that’s the dream - signing on the day - but if I can’t make a good decision then I’ll definitely think about not signing and taking some trips,” he said."

The Wayne (NJ) De Paul Catholic product chose Nebraska in June, but decided to start taking visits this fall. He's reportedly leaning towards remaining with the Huskers, but there's a slight bit of worry around Lincoln that the silence regarding his impending decision could mean trouble.

Isaiah Simmons Off The Board
Nebraska has been all-in on four-star athlete Isaiah Simmons during this cycle, with the coaching staff making multiple visits to watch him do track and play football, along with dropping in for a handful of in-home visits.

However, Simmons mixed things up in the late stages of his recruitment -- changing his mind about what position he wants to play at the collegiate level after he told Nebraska to recruit him as a wide receiver, shifting his focus to playing safety before officially committing to Clemson on Tuesday night.

It's a tough loss for Riley, especially with how open he's been about his feelings on Simmons as a game-changing, impact recruit.