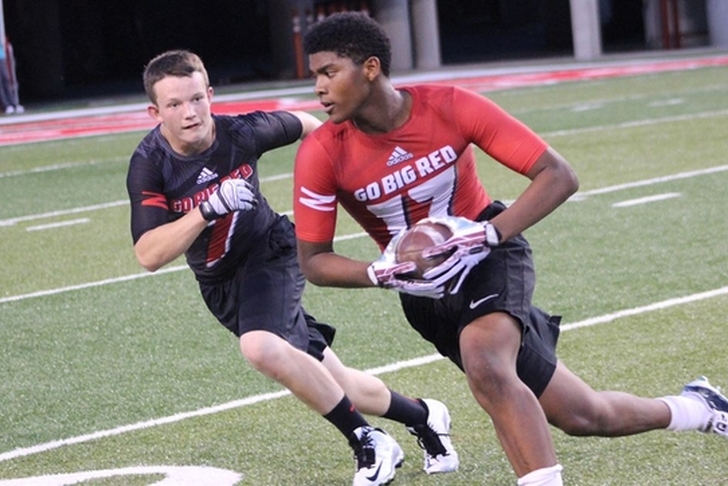 The Nebraska Cornhuskers are still in the midst of spring practice in preparation for the 2016 season, but that doesn't mean head coach Mike Riley and his staff have ignored recruiting trail. The Cornhuskers are hard at work in their attempt to land a strong 2017 recruiting class. Here are all the latest news and rumors surrounding Nebraska Football Recruiting.

Keyshawn Johnson Jr. Recruiting Others
The Huskers landed the son of Keyshawn Johnson earlier this week, and now Johnson is trying to get other recruits to join him at Nebraska.

"I’ll be working on the kids at my school," Johnson Jr. told 247Sports. "I want to be involved in getting guys to come Nebraska. I committed early because I wanted to get the recruiting process over with but I guess being able to peer recruit early helps as well."

Cornhuskers In The Mix For Holmes
Nebraska is indeed fighting to land Holmes, although it's going to be a tough battle to land him. Holmes is visiting Ohio State soon, with the Buckeyes' spring game being the most likely date. The dynamic CB/WR told 247Sports that Nebraska, Alabama and UCLA are in the mix. 247Sports currently projects Stanford as the favorite. He's the No. 6 player in the Class of 2017.

Three-Star WR Visiting Nebraska
The Huskers will be getting a visit from three-star WR Maurice Bell. He told 247Sports that he'll visit the Huskers for their Spring Game on April 15th. Iowa and Nebraska appear to be the early front-runners for Bell. The Huskers have already offered the No. 95 WR in the class of 2017.