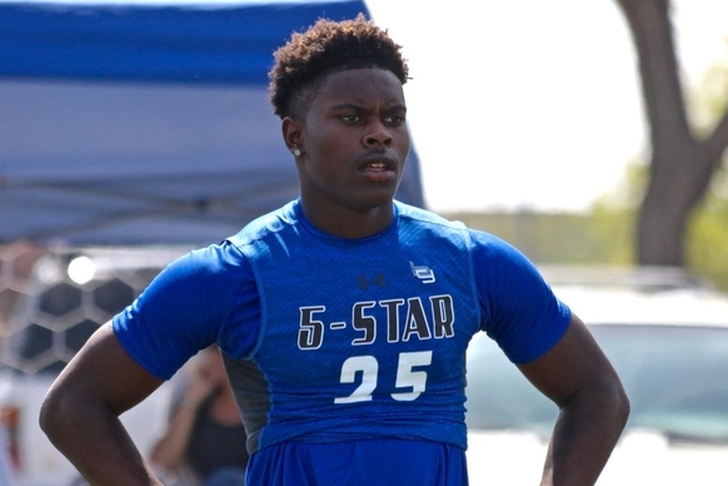 The Nebraska Cornhuskers wrapped up spring practice last month, and head coach Mike Riley and his staff have been plenty busy since, putting an all-out blitz on with their recruiting efforts.

While the Huskers might not end up with the #1 player in the nation in 2017, they'll targeting several high-profile recruits this year with the hope of landing them. A big tip of the hat to 247Sports, as their rankings were used to detail the recruits' overall and position rankings. The players are listed in descending order of their overall rank. With that in mind, here are the top seven uncommitted prospects Nebraska is targeting in the 2017 recruiting class:

7) 4-Star OT Henry Bainivalu (Sammamish, WA)
Bainivalu is the first of three offensive tackles on the list. Mike Riley knows how crucial an anchor tackle is to an offensive line, and graduations/potential draft entries point to 2017 as the time to stock up. The #15 OT in the class is reportedly a heavy lean towards in-state Washington, but it's early yet.

6) 4-Star WDE Chase Young (Hyattsville, MD)
Young is an absolute star edge rusher and already has 23 offers from a variety of FBS programs. In-state Maryland has been holding off all comers for the #6 overall weak-side defensive end so far, but Mike Riley is pushing hard to close the gap.

5) 4-Star OT Austin Deculus (Cypress, TX)
Offensive tackle #2, Deculus is flush with offers -- a 28-school list headlined by LSU. The #10 OT for 2017, Deculus is extremely nimble and shifty off the snap. Keep an eye on his stock, as he could be a five-star before long.

4) 5-Star WR Jeff Thomas (East St. Louis, IL)
Thomas has bulking up to do at just 170 pounds, but he's as explosive and speedy (both off the line and turning into routes) as there comes. He's the #5 wide receiver and #31 overall recruit in the nation, and he'll be at the center of plenty of conversations as the months go by.

3) 5-Star OT Wyatt Davis (Bellflower, CA)
Here's the best-case scenario when it comes to Mike Riley's search for an impact offensive tackle. Davis clocks in as the #4 offensive tackle in the nation, and he's already picked up 19 offers with plenty more to come. Alabama's got the early lead, but Riley's going to put the full-court press on soon enough.

2) 5-Star WR Joseph Lewis (Los Angeles, CA)
Lewis is the #2 wideout in the country and #9 overall prospect, and has seemingly every major school coming after him for good reason. At 6'2" and 210 lbs, he has an elite combination of size, strength and speed that make him a threat to score every time he touches the ball. USC is currently the favorite to land him, but Nebraska is making a very, very strong push because of his interest in playing with current Huskers freshman Patrick O'Brien and commit Tristan Gebbia.

1) 5-Star CB Darnay Holmes (Calabasas, CA)
Riley's got a major in at Calabasas, so we wouldn't be surprised if Holmes comes in as the biggest recruiting get for the program in quite some time. Currently the #1 cornerback in the nation, Holmes shadows receivers and jumps routes like very few corners his age. He is also high school teammates with Gebbia and Johnson Jr., both of whom are working hard to recruit Holmes to Lincoln as well.