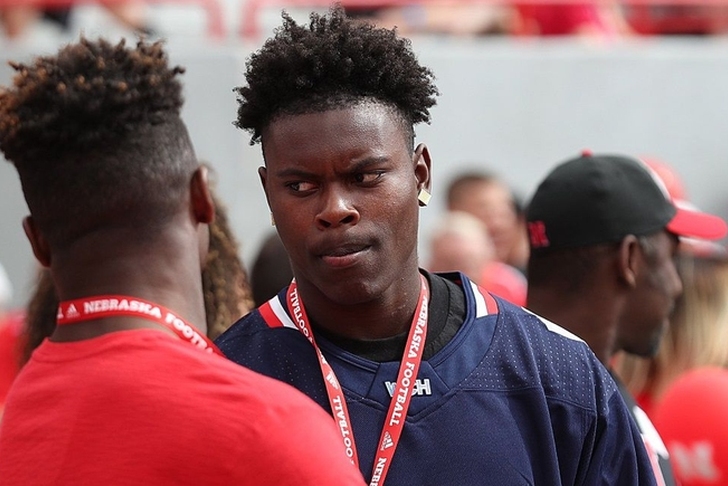 The Nebraska Cornhuskers already have one of the best 2017 recruiting classes in the country, but head coach Mike Riley is still trying to add to that. With just a few weeks before National Signing Day on Feb. 1, here are the three best uncommitted recruits that the Huksers could still land.

3) 4-star ATH Greg Johnson (Los Angeles, CA)
Nebraska's strong push in California includes Lewis, who is heavily considering the Huskers. The 5-foot-10, 185-pounder is ranked as the top athlete in the class by 247sports' Composite Rankings, and is reportedly split between Nebraska and USC. His interest in the Huskers has really peaked over the last month, giving them all of the momentum in Johnson's recruitment.

2) 3-star DT Damion Daniels (Dallas, TX)
Nebraska is the heavy, heavy favorite to land Daniels, who has been intrigued by the Huskers since making his official visit to Nebraska on Sept. 3. They have been his leader throughout the process, and it will be a shock if he lands anywhere else.

1) 5-star WR Joseph Lewis (Los Angeles, CA)
Nebraska is also going hard after Johnson's teammate, Lewis, and the Huskers have a solid chance to land both and pull off a coup on Signing Day. USC is still considered to be the team to beat for the No. 4 wide receiver in this class, but the Huskers left a big impression on him during his two visits to Lincoln in August and October. They stay in constant contact, making Lewis one of the most interesting Signing Day decisions.