The Best Case Scenario For Nebraska Football This Season 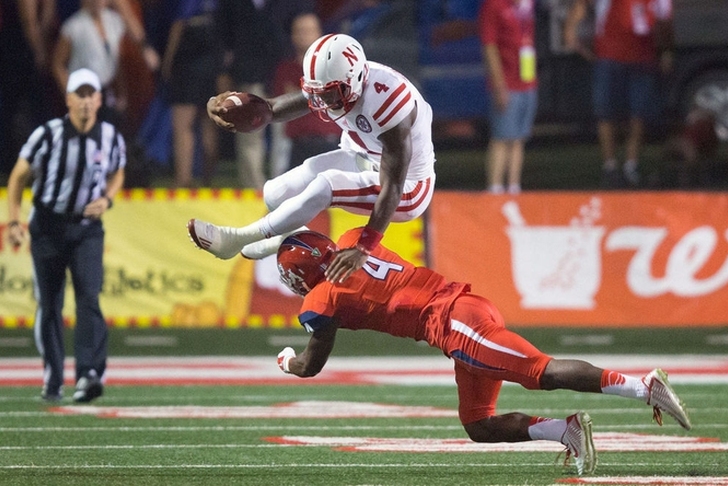 Seven straight seasons of at least nine wins wasn't enough for Bo Pelini to keep his job with the Nebraska Cornhuskers. The new head coach is former Oregon State coach Mike Riley. A transition period is likely under Riley, but he will be held to the nine-win standard that Pelini established. Here is the best-case scenario for Nebraska this season.

According to the Daily Nebraskan, the best-case scenario doesn't involve Nebraska taking home a national title. However, it does involve them winning the Big Ten Championship. That's a steep task, but this is a best-case outcome.

Those teams should all be ranked when they play Nebraska and defeating ranked teams is something Pelini struggled to do. Nebraska went 3-6 against ranked Big Ten squads with Pelini in charge.

The Cornhuskers start their season at home against BYU on September 5th.

Follow our Nebraska Cornhuskers page for all the latest Nebraska news and rumors!