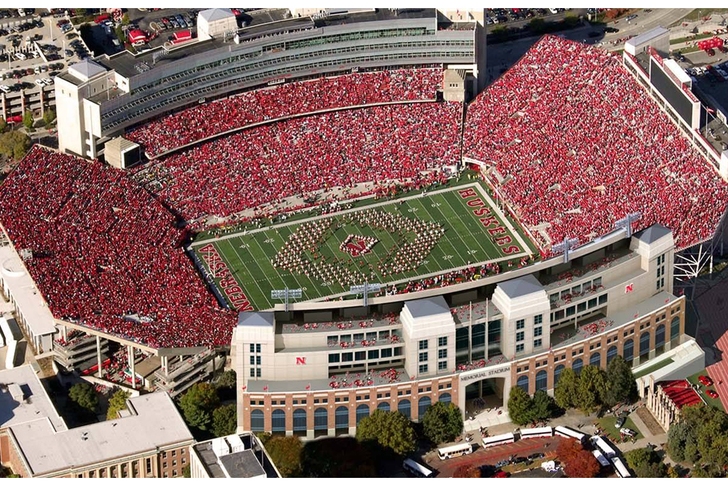 For many Huskers fans, these watering holes are familiar names. Getting Cornhuskers season tickets has been compared to winning the lottery by some diehard fans, so you can imagine that Nebraska fans know how to have a great time after the game.

For fans who have never been to Lincoln (but plan to change that) and students who recently turned 21, we hope this list provides some solid insight into the best places to drink and celebrate with one of the most loyal, passionate fan bases in all of college football.

Lincoln pulls out all the stops to have a tremendous gameday atmosphere, and these bars are a big part of reason why Memorial Stadium into the 3rd largest city in the state on football Saturdays.

Without further ado, we present The Top 5 Bars To Drink at Following a Nebraska Football Game:

This fan-favorite is two blocks from Memorial Stadium and offers 24+ beers on tap, as well as some solid Cajun cuisine to keep you fueled post-game. The bar is known for its large covered patio, a dining area that fronts 8th street. TV's are everywhere, and the bar is covered from floor to ceiling with neon beer signs, old gas signs, alligators, license plates... really anything you'd ever want to collect.

This is typically where the Greeks hang out during the school year, but the post-game crowd is welcoming to all fans. Cheap drinks and an outdoor garden make for a very enjoyable atmosphere to have a brew and talk football. Just don't try to crawl up on the rooftop...you might find yourself finishing your night in the Lincoln PD's drunk tank.

Expect to wait in a long line to get into Brothers, but you should also expect to have a lot of fun once you get inside. Although it has a reputation of being a little "fratty", the crowd on gameday is a solid mix and packs this place elbow to elbow in support of Big Red. In addition to the excellent selection of beers, Brothers is known for having absolutely tremendous chicken wings. If you are in the mood to celebrate after a day at the stadium, hit the dance floor, which is sure to be packed with some of UNL's finest co-eds.

This giant mecca of Huskerdom now has an outside deck that's packed with fans before, during and after the game on any football Saturday. One former student we spoke to said that this bar crams in about as many people as the stadium itself. Barry's is an easy trek from the Memorial, and is sure to be packed with alums and students. This campus fave has nearly every college game on the many TVs, but the sound and the overwhelming attention of the patrons is focused on Bo Pelini's team.

This place is legendary, and is arguably the best for postgame fun. We've been told by an alum that Duffy's has "been around forever" and is without question the place to be in Lincoln. Liquor fishbowls, dollar shots and more kegs than anywhere else in town makes this place special. Duffy's also has a pool table, a pinball machine and plenty of big TVs to catch the rest of the day's games. One warning: don't chug the fishbowls unless you're either a drinking veteran or want to spend your night hugging a toilet - they are not for amateurs.

For all of the latest Nebraska Cornhuskers News and Rumors, be sure to check out Chat Sports - we have every Cornhuskers article on the web in ONE website.