The 4 Toughest Quarterbacks Nebraska Will Face In 2015 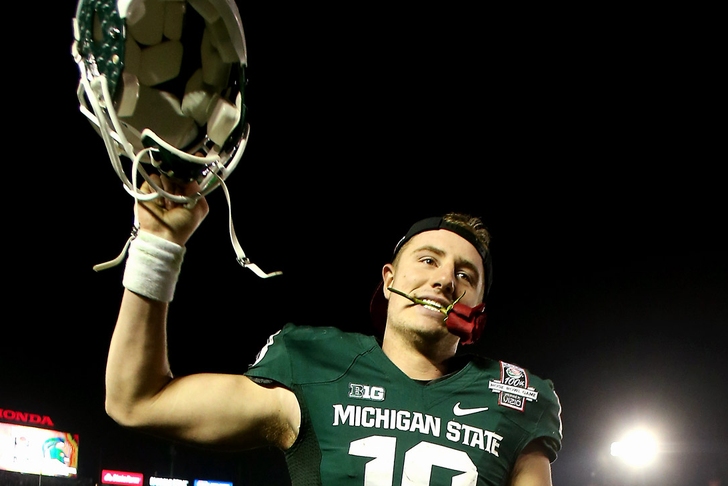 Tommy Armstrong Jr. can do battle with the best of them, but there's still some very tough quarterbacks on the docket when it comes to the Nebraska Cornhuskers' 2015 schedule. Here's our list of The 4 Toughest Quarterbacks Nebraska Will Face In 2015.

Leidner has plenty of size at 6'4" and the arm/athleticism to match. He's not afraid of getting out on the run when the pocket breaks down, but he's got the potential to be lethal if you allow him to get into rhythm on three- and five-step drops in the pocket.

The Hurricanes are in the middle of another retooling process, but the reigning ACC Rookie of the Year is going to be a valuable constant for an offense now without WR Phillip Dorsett, RB Duke Johnson and TE Clive Walford. Kaaya threw for 3,198 yards and an ACC-best 26 touchdowns with a sterling 148.2 passer rating in year one. He'll be as troublesome of a draw as the Nebraska D will have all year.

Hill's placement at #3 comes with the caveat that he's 100% healthy and ready to go after a gruesome leg injury ended his 2014 campaign prematurely. If he's back at something close to full strength, his ability to dip and dive out of pressure situations and hit receivers with pinpoint accuracy on the run will provide the Huskers' defense a unique (and frustrating) test in the season opener.

Cook’s resume speaks for itself: 23-3 as a starter, 16-1 in Big Ten competition, and bowl wins in the Cotton and Rose. He’s got a few hitches in his giddy-up when it comes to his decision making and footwork under duress, but he’s a proven leader who can hit targets through the smallest of windows. Cook's a bona fide Heisman candidate who's on his way to a very high pick in the 2016 NFL Draft. He's also gonna provide one heck of a back-and-forth battle for whoever when the Buckeyes starting QB job.