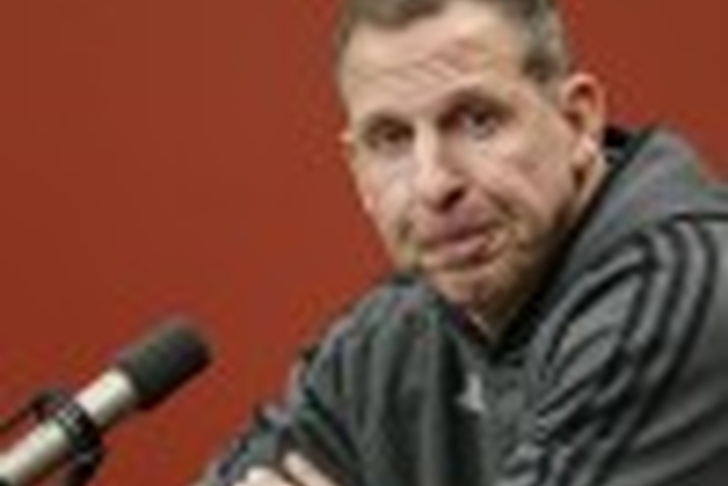 In case you missed it, Huskers HC Bo Pelini reportedly addressed his firing in a blistering, scorched-earth speech to his former players on December 2, and a transcript is currently making the rounds on social media. Pelini calls AD Shawn Eichorst a 'c***' and a 'p****', among other not-so-endearing remarks.

Nebraska is aware of the transcript, and responded with this official release. While it doesn't include nearly as many four-letter words as Pelini's speech, it also doesn't pull any punches: 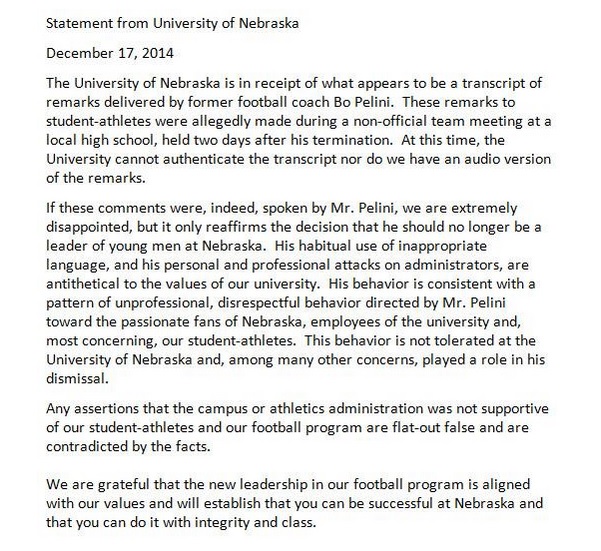