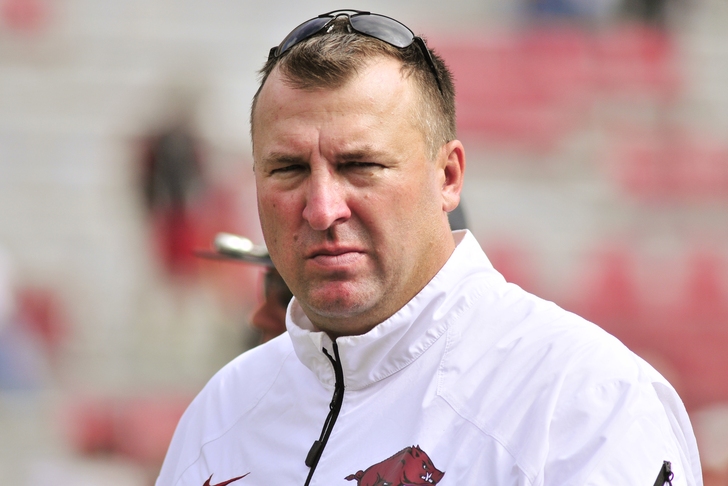 The seat in Bo Pelini's office is still warm, but according to FootballScoop, the Huskers may have already found their replacement.

Nebraska is reportedly in 'serious talks' with Arkansas HC Bret Bielema, currently in his second season with the Razorbacks. Bielema spent seven seasons as Wisconsin head coach before leaving for Arkansas, putting together a 68-24 record with the Badgers and taking them to three consecutive Rose Bowls.

Bielema has ties to Nebraska AD Shawn Eichorst from their time together at Wisconsin, where Eichorst was a senior administrator. Bielema currently has a $2.5 million buyout clause, which drops to $2 million on January 1.

This would be a divisive and risky move for the Huskers, a team that just fired a coach who never won fewer than nine games in a season. Bielema and Wisconsin soured on each other despite his success there, and few tears were shed when he left even though the team was in the Rose Bowl for the third straight year. The SEC has turned out to be much tougher than Bielema apparently anticipated, and it wasn't until late in the current season that the Razorbacks won their first conference game of his tenure.