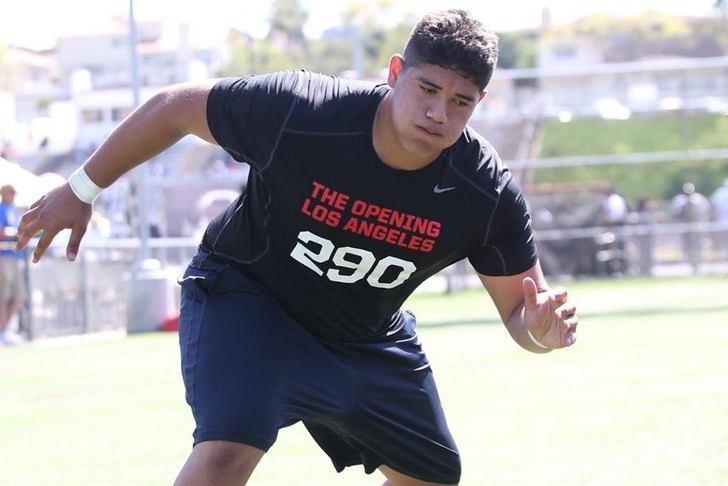 “Coach Cavanaugh and I talk sometimes,”Cavanaugh said, via 247sports. “We’ve talked about Nebraska. It’s a good school. I really like it and I’ve heard a lot about it. I have a shirt that says Nebraska on it. Two of the pastors my dad works with are from Nebraska so they tell us about it all the time. Coach and I are trying to build a relationship. The first time it was about the school and everything but now it’s more about just talking. It’s just stuff in general. He’s a very easy guy to talk to. I can tell him what I think. It’s easy to just let him know."

The 6'4", 302-pounder has visited Arizona, Arizona State, UCLA and USC, but said the coaches at Nebraska have been very complementary towards him.

“Coaches tell me I have a good technique and that I can definitely play, but more than that they say I’m a good kid because they’ve talked to my coaches,” he said. “They tell me they hear I’m a nice kid, I’m respectful and that I do my work. I think it’s just that I try really hard to make good on what I say I’ll do. Effort is in everything I do. I’m always trying to do everything I can and be respectful of everyone. Lots of people can play ball and the coaches say that but I think it’s my character that makes me stand out.”

Eletise has more than 20 offers, but said he has no leaders at this time.

Follow our Nebraska Cornhuskers team page for all the latest Huskers news and rumors!