Nebraska Football News: Bo Pelini Expects Ameer Abdullah To Be Back To 100% For Wisconsin 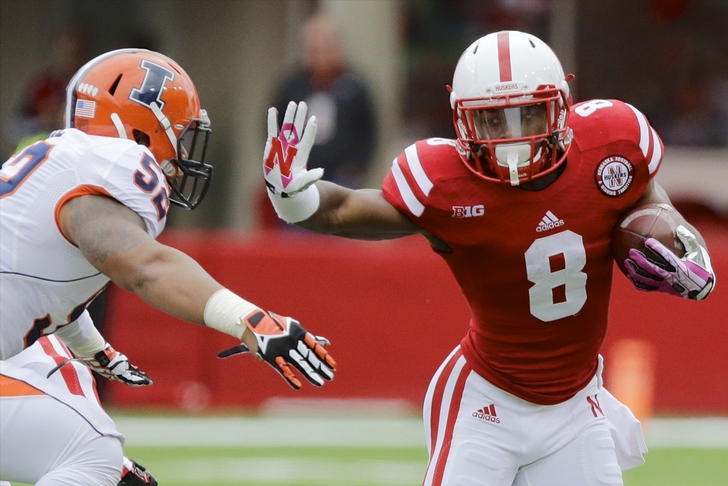 Nebraska got some good news regarding star running back Ameer Abdullah on Tuesday. Coach Bo Pelini said his senior runner is "doing great" and that Abdullah should be good to go against Wisconsin on November 15th.

Pelini added that he expects Abdullah to be "back at 100 percent" by the time the Cornhuskers take the field in 11 days.

Nebraska dodged a bullet after Abdullah missed the final three quarters of last weekend's game against Purdue with an MCL sprain.

If Pelini is correct on the health of Abdullah, his first injury scare as a member of the Cornhuskers won't end up costing him any missed time.

Abdullah has piled up 1,250 rushing yards and a career high 17 touchdowns this season, placing him among the top 10 candidates for the Heisman Trophy.