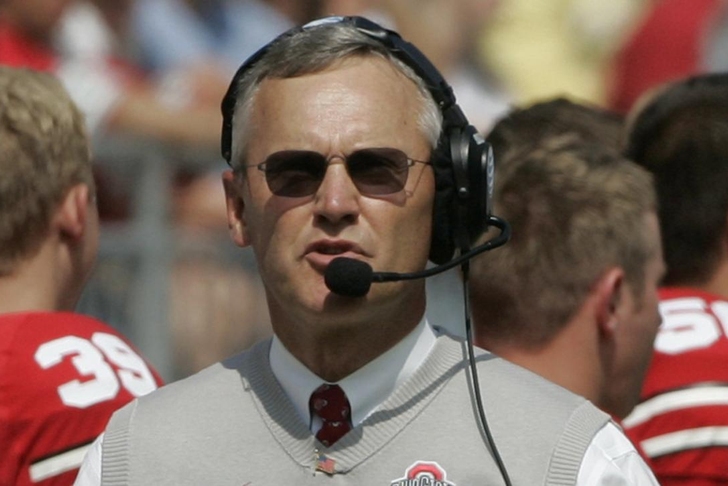 Coaching rumors are already swirling after the termination of Nebraska Cornhuskers head coach Bo Pelini this weekend, with former Ohio State Buckeyes head coach Jim Tressel's name popping up as a possible replacement for Pelini on the sidelines.

Per CBS/ESPN college football & NFL analyst Dustin Fox, Tressel hasn't been nor will he ever be a candidate to replace Pelini at Nebraska:

I can confirm Tressel is NOT going to coach at Nebraska. Stop with all the rumors.

Fox had a very simple answer for a fan when asked how he could confirm such a report:

Because I talk to Tressel RT @Huskerism: @DustinFox37 and how do you confirm that — Dustin Fox (@DustinFox37) December 1, 2014

The pool of candidates available to Nebraska's athletic department appears wide open at this moment even without Tressel, with Oregon offensive coordinator Scott Frost one of the rumored favorites for the position.

Follow our Nebraska Cornhuskers team page for the latest in Nebraska coaching rumors!