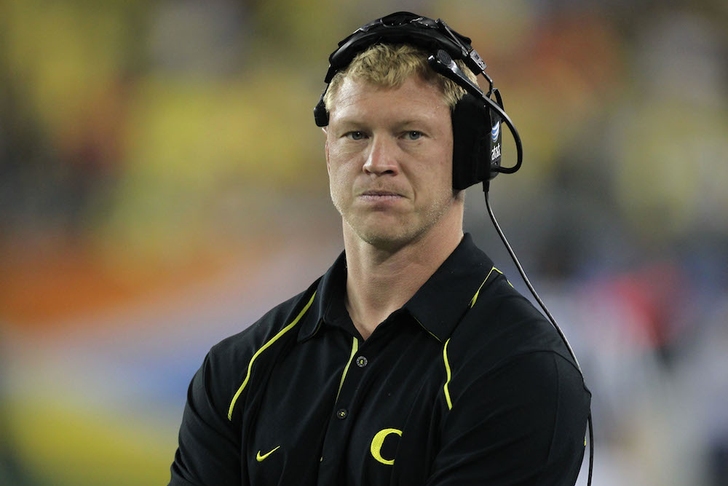 Frost played quarterback at Nebraska from 1995-1997 and led the Cornhuskers to their last National Championship in his senior season. He returned to Lincoln in 2002 to start his coaching career as a graduate assistant, so the ties to his alma mater are obvious.

After being a position coach at Kansas State and Northern Iowa, he took over as the wide receivers coach at Oregon in 2009. He became the offensive coordinator for the Ducks last season after Chip Kelly left to coach the Philadelphia Eagles and Mark Helfrich moved from OC to head coach.

Frost has been nothing but successful while leading Oregon's offense. He set the school record for total offense in his first season with 7,345 yards, and has the Ducks averaging 540 yards and 46 points per game this year.

Yet is Frost ready to become a head coach and lead a program?

He has the charisma and appeal that Bo Pelini never had at Nebraska, and his high-octane offense will certainly be attractive to top recruits. Frost was also Kelly's right-hand man before he left for Philly, so it seems likely he would've picked up a thing or two from him.

That being said, he has only been in charge of an offense for two years in this coaching career, and might be overwhelmed with the responsibilities of being a head coach at a big-time program.

He's a high-risk, high-reward option for Nebraska, but they would certainly make a splash by bringing in one of the rising stars in the coaching world - not to mention someone who knows what it takes to win in Lincoln.