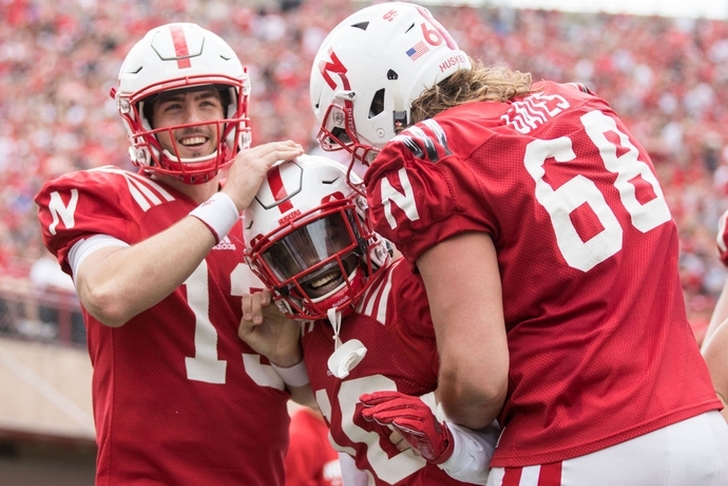 The Nebraska Cornhuskers lost a lot of key players from last year's 9-4 team, but there is plenty of returning talent for head coach Mike Riley & Co. to work with. They go into the 2017 season as the biggest threat to unseat Wisconsin atop the Big Ten West, but the Huskers would like to win the entire conference - not just their division. Here are four things they need to do for that to happen:

1) Get good quarterback play from Tanner Lee
Of course, this is much easier said than done, but finding an adequate replacement for Tommy Armstrong is crucial for Nebraska's season. Tanner Lee (13/19, 190 yards, 3 TDs in spring game) won the starting job in the spring and is going to get the first shot, but if he struggles, Patrick O'Brien will see some time. Lee, a Tulane transfer, was inconsistent in his time with the Golden Wave, never completing more than 55 percent of his passes in the season. Expect Nebraska to bring him along slowly as they gain confidence and gradually open up the playbook.

2) Devine Ozigbo's breakout season
Jumping off of that, the easiest way to break in a new quarterback is to give him a running game he can rely on. Ozigbo is projected to be the team's starting back, putting the onus on him to have a great season. He played well early in 2016 when he was heavily featured in the offense, running for 242 yards and four touchdowns on 53 carries in the first three games. However, injuries limited him the rest of the way, running for just 170 yards and a touchdown on 44 carries in six games.

If he can return to the form he had early in 2016, the Huskers will be in good shape.

3) Defense must be dominant
No matter what, defense will likely be the calling card for Nebraska in 2017. Eight starters return from last year's group and former UConn head coach Bob Diaco is taking over as defensive coordinator. In his final year as a defensive coordinator (2012-13) at Notre Dame before taking the UConn job, he was named the top assistant coach in college football and helped the Irish make the national championship game. Expectations are that he'll have this experienced group playing at a very high level right away.

4) Hold serve at home
This is the really the key for every team during the regular season, but Nebraska has a favorable schedule in terms of having their biggest games in front of their home fans. We know Nebraska fans will be out in full force every weekend - they have the longest sellout streak in NCAA history - providing an intimidating atmosphere. Wisconsin, Northwestern, Iowa and Ohio State all have to make the trip to Lincoln, giving the Huskers a distinct advantage in all four of those games. Now, Nebraska just has to go out and win them.