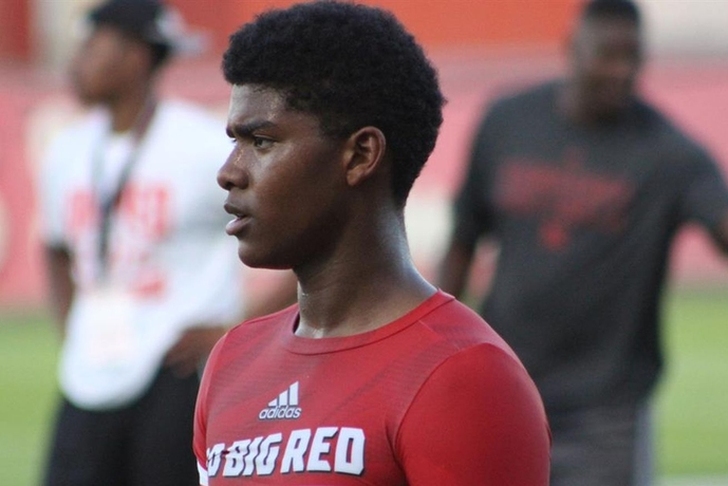 Four-star wide receiver Keyshawn Johnson Jr. (Calabasas, CA), son of NFL legend Keyshawn Johnson, announced on Twitter and with a YouTube video that he has committed to the Nebraska Cornhuskers.

I will be furthering my education at the University of ... https://t.co/wsGA5ltprJ pic.twitter.com/zLYW80gfa5

Johnson took an unofficial visit to Lincoln two weeks ago, and that seemed to seal the deal for him with the Huskers. He chose Nebraska over USC and Ohio State.

Johnson doesn't have the same size of his father, standing just 6'1" and 195 lbs, but he has plenty of talent. He is ranked as the No. 27 wide receive and No. 220 overall prospect in the country.