3 Reasons Why Nebraska's Win Over MSU Salvaged Their Season 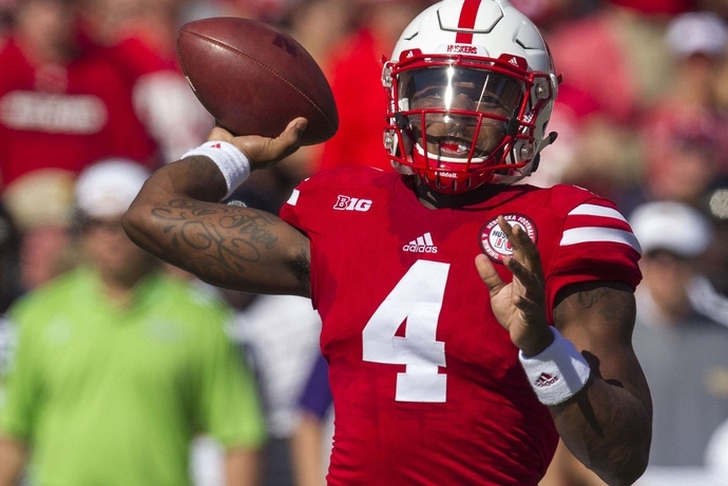 The Nebraska Cornhuskers have been dogged by heartbreaking finishes all season long, but they finally got to dish one of those heartbreakers out in a jaw-dropping 39-38 win over #7 Michigan State on Saturday. When everything seemed loss, QB Tommy Armstrong went into full gut-check mode and led the team to victory in lightning-quick fashion. This win means something. Something big. Here's 3 Reasons Why Nebraska's Win Over Michigan State Salvaged Their Season.

A number of key recruiting targets were on campus in Lincoln for this one, and many more were watching the game on television at home. Completing an epic comeback against a College Football Playoff contender and Big Ten rival was the best possible way to showcase this program to top recruits around the nation. Any time you can knock a rival from the ranks of the unbeaten in such a fashion, you've added major points to your marketability ledger.

2. Late Impressions Are The Best Ones

Nebraska still faces an uphill battle to make a bowl. That's undeniable, considering they still have to travel to Rutgers before coming home for the regular season finale against a currently-undefeated Iowa squad. Regardless, this win is one of those highlight reel triumphs which Huskers fans, players and coaches alike can hold onto while building optimism for 2016. Making a bowl remains the #1 priority right now. However, this is a win that can turn a program's mentality completely around.

We knew things were going to be a little bit screwy this year as the program made its transition from the iron-fisted rule of former head coach Bo Pelini to a more laid-back approach by Mike Riley. We had no idea how snake-bitten this team would be, however, losing four games on the final play and five games by a total of 13 points. Yes, the Purdue loss was bad. But, this gutsy win over Michigan State proves there's progress being made.