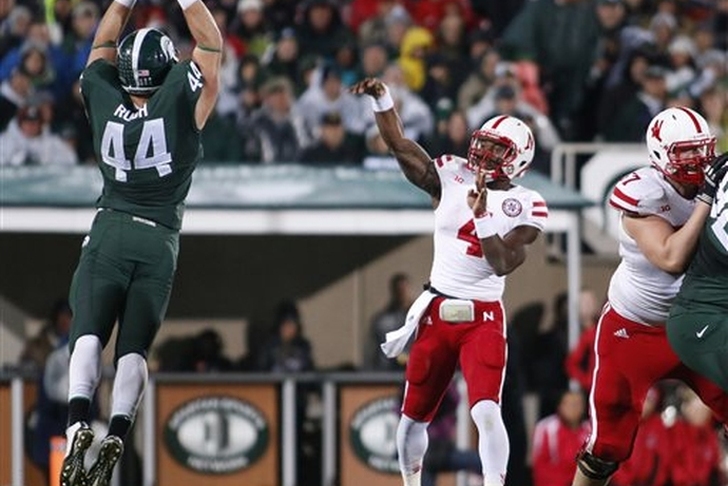 The Nebraska Cornhuskers are just 3-6 on the season, and they desperately need a big win to get things turned around in Lincoln. Luckily, they'll get their chance this weekend against Michigan State - here are three reasons why Nebraska will upset the Spartans on Saturday:

3) Things have got to change soon, right?

Nebraska is only a few plays away from being 8-1 this season. They lost on a Hail Mary to BYU, lost in OT to Miami, on a touchdown on the last play of scrimmage agaisnt Illinois, on a last-minute field goal to Wisconsin and in a heartbreaking close one to Northwestern - all of which are games that Nebraska could have won easily. Had they done that, Nebraska winning the Big Ten West and making the College Football Playoff would be on the docket, but they haven't been able to make the plays down the stretch when they've needed to. That has to change at some point, and there's no time like the present.

They needed last-second touchdowns to beat Purdue, Rutgers, and Michigan this season, beat an awful Oregon team by just three points, and struggled to put away Western Michigan and Central Michigan. Michigan State has narrowly avoided being upset several time this season, and their luck has to run out soon. Saturday could be that day.

Armstrong missed Nebraska's loss to Purdue, but he'll be back and ready to go against Michigan State. Armstrong hasn't been the perfect QB, but he's been much better as a pocket passer this season. He's also shown incredible heart and guts through seven games, nearly pulling off a huge comeback against Miami and leading the Huskers to their impressive win over th Gophers. Armstrong has shown this season that he's good enough leader and playmaker to guide the Cornhuskers to a Big Ten title - now he just has to get the rest of the team in order.