3 Reasons Why Nebraska Will Beat Illinois This Weekend 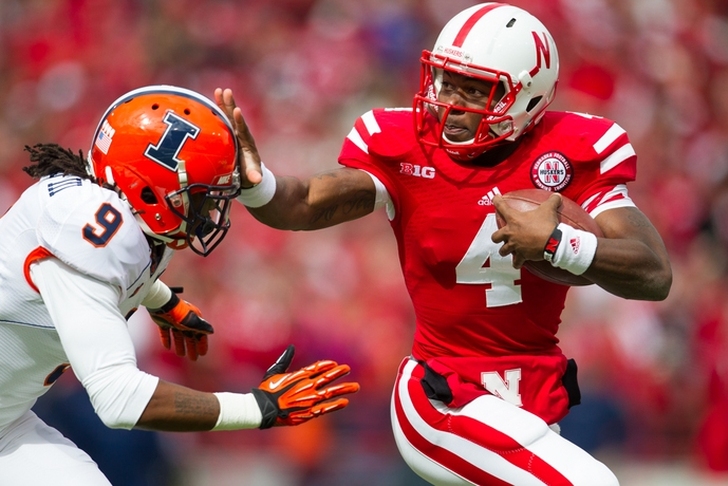 The Nebraska Cornhuskers have had a rocky start to their season posting a 2-2 record as they head into conference play this weekend against Illinois. Here are three reasons why they'll get their first conference victory of the season on Saturday:

Nebraska hasn't beaten Illinois since 1924, and are 2-0 against the Illini since joining the Big Ten by a combined score of 84-33. The game is being held at Memorial Stadium in Champaign, but is history is any indication, this one will be a blowout in favor of the Cornhuskers.

Illinois doe scome into this game 3-1, but their wins have come over Kent State, Western Illinois, and Middle Tennessee State (by two points). Sandwiched in between there is a 48-14 blowout loss to a UNC team that hasn't looked the best this year, which showcased Illinois' lack of talent across the field - especially on defense. Expect Nebraska to be able to do whatever they want on the field.

New head coach Mike Riley has already worked wonders for Nebraska's passing attack as they rank 17th in the country averaging 325 yards per game through the air. The progression of quarterback Tommy Armstrong  and play of wideout Jordan Westerkamp have been key, but Riley's fingerprints are evident.

Armstrong hasn't been the perfect QB, but he's been much better as a pocket passer this season. He's also shown incredible heart and guts through four games, nearly pulling off a huge comeback against Miami. Armstrong has shown this season that he's good enough leader and playmaker to guide the Cornhuskers to a Big Ten Title.