3 Reasons Why Nebraska Is GUARANTEED To Beat Wisconsin 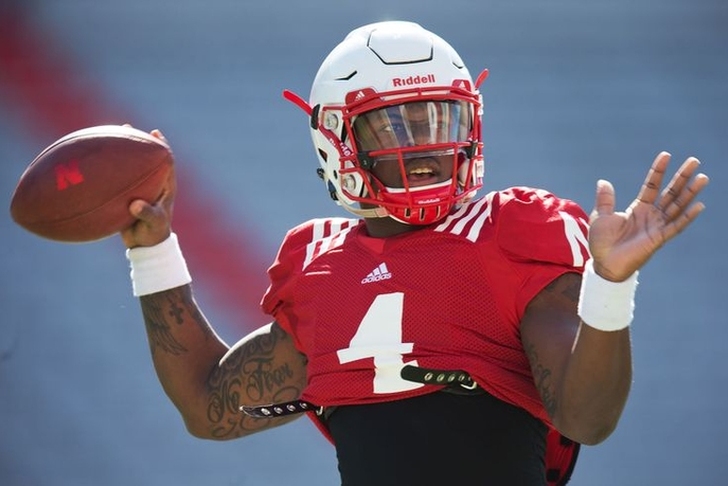 The Nebraska Cornhuskers are coming off a gutting 14-13 loss at Illinois last week, but we're not letting that heartbreak skew our thoughts on just how the team's home matchup against the Wisconsin Badgers will go this week. Set to take on a Wisconsin squad which lost to Iowa at home, 10-6, last week, we're convinced that the Huskers will put their struggles in the rear view mirror -- at least for a week. Here's 3 Reasons Why Nebraska Is GUARANTEED To Beat Wisconsin.

Armstrong has been great all year, six interceptions or not. He's the right kind of leader for this team and, all things being equal, he deserves to be the quarterback of a team that's 5-0 or at least 4-1. Wisconsin's defense has been otherworldly over the past few games, giving up just 13 points during a 3-1 stretch. However, Wisconsin is still reeling from watching their College Football Playoff hopes go up in smoke last week AND they're running into a QB who is posting a 158 rating with seven TDs against just two interceptions at home.

Listen, we're not buying Mike Riley as Nebraska head coach. He doesn't have the right temperment for the job, nor does he have the coaching resume to suggest that he can sustain success at a rate worthy of the Huskers. However, these kids will still play hard for him and we're expecting a FIRED UP Big Red side with Riley having been skewered from all sides by media members and fans this past week.

The Huskers are simply a different beast at home. You can see it in the way their heads lift a little higher, their blocks snap a little harder and their routes come off a little crisper. Nebraska's bowl hopes may very well ride on this game. They'll be beyond motivates to get this one, especially with the Big Red Nation behind them. The Huskers will win this one going away.