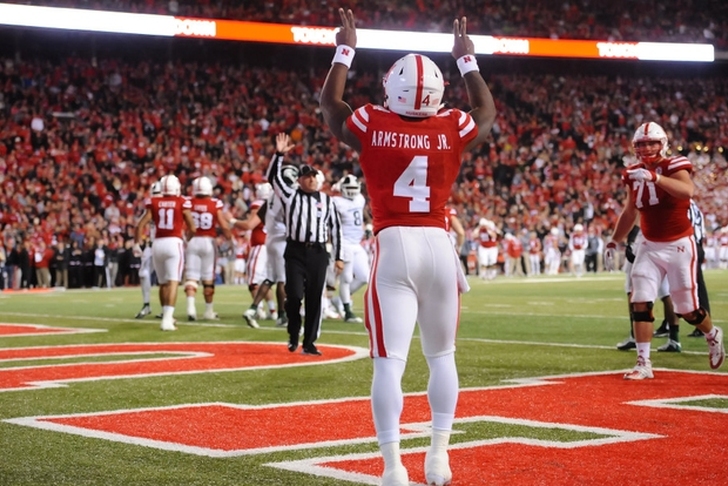 The Nebraska Cornhuskers made a bowl game despite finishing the season with a 5-7 record, but there's legitimate reason to think they could do some damage this bowl season. Here are three reasons why Nebraska will upset UCLA in the Foster Farms Bowl:

3) More to play for
UCLA had hopes of competing for a spot in a New Year's Six bowl, or even in the College Football Playoff, but four conference losses has dropped them into the Foster Farms Bowl. It's still a good bowl game, but not was the Bruins had their hopes set on. Meanwhile, Nebraska is ecstatic to be in a bowl game and will be playing insprired football as they try to end a disppointing season on a high note. The Huskers simply want this more, and it'll show on the field.

2) UCLA's struggles in big games
Every time the Bruins had a chance to break through in a really meaningful game this year, they lost. They did beat BYU and Cal earlier this season, but losses to Arizona State, Stanford, Washington State, and USC all came in games that had major implications on their national ranking or standing in the Pac-12 race. There's no reason to expect them to suddenly turn that around in their final game of the season.

1) Tommy Armstrong Jr.'s brilliance
Armstrong hasn't been the perfect QB, but he's been much better as a pocket passer this season. He's also shown incredible heart and guts this season, nearly pulling off a huge comeback against Miami and leading the Huskers to an huge upset win over Michigan State. He's been productive both through the air and on the ground, accumulating 3,180 total yards and 27 total touchdowns this year. Armstrong has shown this season that he's good enough leader and playmaker to guide the Cornhuskers to bigger and better things.