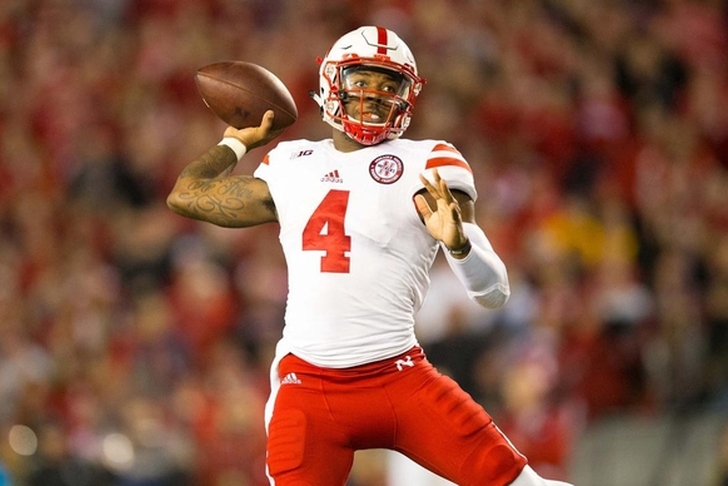 The Nebraska Cornhuskers have their biggest game of the season on Saturday, going on the road to take on a top Ohio State team at The Horseshoe. Many are assuming Ohio State will get a resounding win over the Huskers, but we think otherwise. Here are three reasons why Nebraska will pull the road upset and beat the Buckeyes:

3) Ohio State's lackluster offense
Quite frankly, Ohio State's offense has been terrible over the course of the past month. They're averaging just over 24 points over their last three games, largely due to their lack of an explosive passing attack. The Buckeyes are just 77th in the country in passing yards, and the lack of a downfield threat and no vertical passing attack has been largely attributed to those struggles. That will allow Nebraska to stack the line of scrimmage and force Ohio State to throw it to beat them, which they won't be able to do.

2) Proven grit
Nebraska hasn't really blown away any of their competition this season, but right now, that's a strength. Time and time again, the Huskers have faced crucial possessions in the second half and in the fourth quarter, and almost every time, they've been able to do what is necessary to win. The lone exception was in overtime at Wisconsin. For Ohio State, they haven't faced virtually any of those tests - and they failed their last one at Penn State. This difference in makeup could be the difference in the game.

1) Tommy Armstrong vs. Ohio State defense
Remember earlier this season when the Buckeyes had one of the best defenses in the entire country? Well, that isn't exactly the case anymore. They have given up at least 400 yards of total offense in two of the last three games, struggling particularly with mobile quarterbacks. Enter Tommy Armstrong, who is one of the most explosive and experienced dual threat quarterbacks in the country. Expect a big day out of him against a reeling Buckeyes defense.