3 Reasons Why Mike Riley Is The Wrong Coach For Nebraska 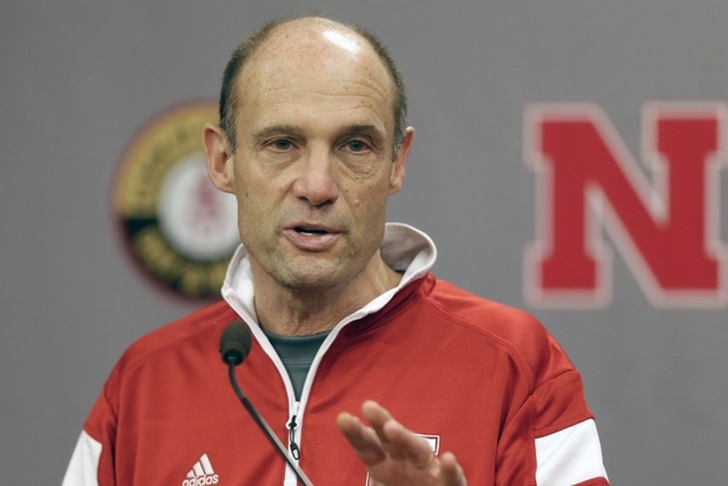 The Nebraska Cornhuskers' 55-45 loss to a Purdue team - the Boilermakers' first win over a FBS team this season - is the new low point in what has been a terrible season in Lincoln. Now with six losses on the season already (compared to just three wins), the Cornhuskers are in serious danger of missing a bowl game. And there's no one to blame but the coach.

Here are 3 Reasons Why Mike Riley Is The Wrong Coach For Nebraska.

1) No proof he'll be successful

Riley is 96-85 as a college head coach, while Bo Pelini was 67-27 over his seven seasons (plus one game) at Nebraska. Pelini got plenty of guff from Nebraska fans and national football analysts for being "Mr. Nine Wins" - but that's much better than the six wins per season Riley has averaged throughout his career.

That's also an alarming trend. Nebraska's struggles this year aren't an anomaly - they're par for the course for Riley. Mediocrity isn't tolerated at Nebraska, and Riley has been mediocre his entire career.

It's the same problem that Mike Riley had for long stretches at Oregon State. Riley is an okay game-planner who's great at building relationships with fans, players and boosters, but he seemingly lacks a killer instinct to inspire his players to step on opponents' throats when the game is on the line. Bo Pelini wore his heart on his sleeve. Riley guards his heart under a "best Grandpa you could ask for" exterior, and thus he's not one to evoke the competitive fire needed to succeed at Nebraska.

Five crushing losses where the Huskers fell apart in crunch time - plus this DISASTROUS loss isn't just bad luck. This team hasn't been coached up in such a way to win these games.

Next Read: Counterpoint - Mike Riley Is Not The Problem

Nebraska hadn't lost to Illinois since the Roaring 20s or to Purdue since the 50s, but both of those things happened. BYU, Wisconsin, and Northwestern aren't good enough to beat this Nebraska team on talent alone, but they did just that.

Now, with a need for the Huskers to win their last three games just to make a bowl game, they have two top-10 teams left to play in Michigan State and Iowa. Riley is turning Nebraska into what Michigan was under Brady Hoke - that's something that has to stop NOW before it gets worse.