3 Reasons Why Mike Riley Is Not The Problem At Nebraska 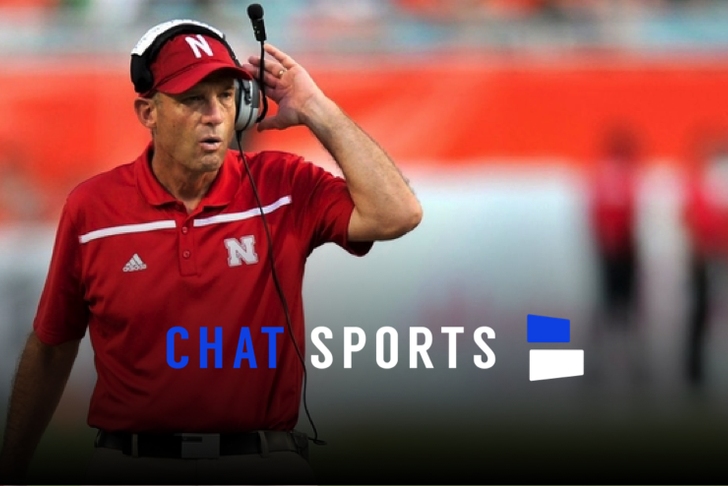 The Nebraska Cornhuskers were 3-6 and reeling after a road loss to Purdue, but they came back in a BIG way and upset No. 7 Michigan State at home on Saturday, keeping Nebraska's bowl hopes alive and easing the pressure on first-year head coach Mike Riley. As the game showed, here are 3 Reasons Why Mike Riley Is Not The Problem At Nebraska.

Riley was hired in early December -- only a couple of months before National Signing Day. That's was not nearly enough time for Riley to put his stamp on the 2015 recruiting class. As a result of the transition and the tumult of the end of the Pelini era, Nebraska finished 30th in the nation in 2015's national recruiting rankings. Until Riley has an influx of HIS talent to work with and is allowed to mold the program to fit his vision, we can't place all the blame on him.

We're all making snap judgments about Riley based solely out of embarrassment and frustration over what has been a trying start to the 2015 season. What we're forgetting is that Riley is attempting to shift the entire culture of a football program that seemed to be constantly on edge when Bo Pelini was on the sidelines. Maybe Riley won't be the right coach for Nebraska three years from now. The problem here, though, is that we're scapegoating a guy seven games into his tenure rather than keying in on holes in the depth chart which have contributed to defensive collapses down the stretches in games.

Next Read: Counterpoint - Pull The Plug: Why Nebraska Needs To End The Mike Riley Era Now

Five of Nebraska's six losses have come by a combined 13 points. Nebraska hasn't finished in key games, but no one can deny how close (albeit, frustratingly close) this team is to ascending to true Big Ten power status. All six of the Huskers' defeats have been gut-wrenchers, frazzling the fan base and causing a lot of "hot takes." But, the overreaction of overzealous fans and media members is only distracting us from the fact that this is YEAR ONE. The win over Michigan State shows us that his plan is working - give him some time to fully implement his system and the Cornhuskers should take off.