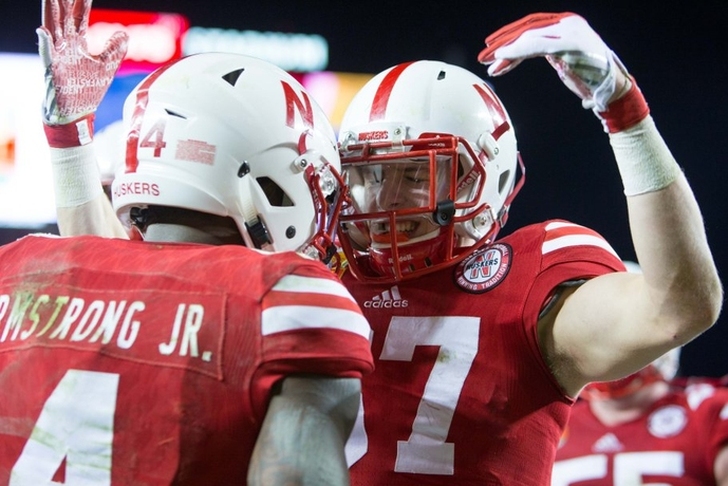 The Nebraska Cornhuskers finished the 2015 college football season with a losing record (6-7), but their 37-29 victory over a good UCLA Bruins team in the Foster Farms Bowl has given us plenty of room for optimism going forward. Here's 3 Reasons Why The Huskers Are A Legit Big Ten Title Threat In 2016.

3. Things Will Even Out

Nebraska lost four games this season in the final 10 seconds of regulation or overtime. Never have we seen a team so snake-bitten by a series of late bounces quite like the Huskers. This team deserved better, especially with the heart they showed in multiple comebacks and season-defining wins over #3 Michigan State and UCLA. If you look at season objectively, you'll see a team that was THIS CLOSE to being a fringe New Year's Six contender.

With a year of lumps taken by the returning players and a giant "prove it" game to prepare for against Oregon on September 17th of next year, this team will come out of the gate next season with something to prove.

Saturday's bowl win over UCLA is going to do wonders for the offense's confidence heading into the offseason. The Cornhuskers scored 30 straight points after falling down 21-7 early, outrushing the Bruins by a jaw-dropping 196 to 1 margin in the third quarter. De'Mornay Pierson-El will be back to provide a major spark. Freshman running back Devine Ozigbo's 80-yard rushing game is a sign of big things to come in 2016. The offense will be in

On the other side of the ball, the defense has had its issues this season. But, you have to give them credit for tightening the screws enough on Saturday to allow the Huskers to streak ahead of UCLA to stay. A win like this galvanizes a locker room. A win like this, coupled with the talent both incoming and in house, is a sign of BIG THINGS to come.

Mike Riley is a quarterback's dream coach. In case everyone forgot, former Trojans quarterback Rob Johnson set numerous Pac-12 (Pac-10) and NCAA records during Riley's stint as a QB coach at USC (1993-96). "He's a player's coach, who gets the most out of you by treating you like normal," Johnson said at the time.

It's safe to say that Riley has never had a dual-threat QB to work with quite like Tommy Armstrong. Case in point, Armstrong's 10-carry, 76-yard performance on the ground in Nebraska's 35-27 Foster Farms Bowl win over UCLA. Give Riley a full offseason to tweak the offense to what he saw out of Tommy in 2015. Give Armstrong another year to mature and clean up his turnover problems. 10 wins will be the low end of what they accomplish together.