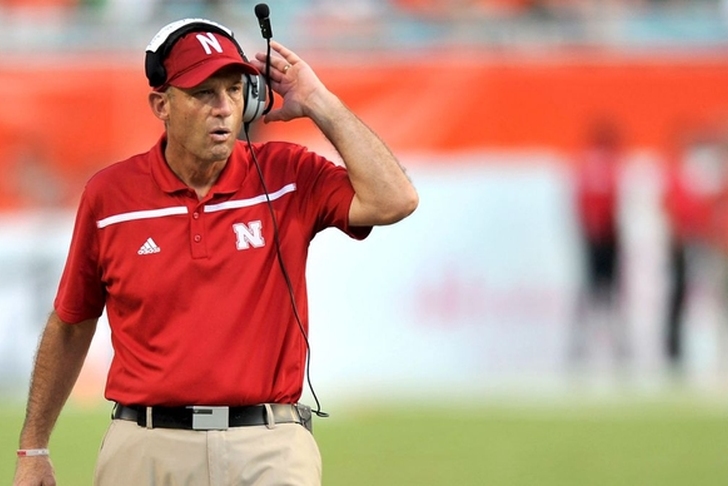 With a 28-20 loss to the undefeated Iowa Hawkeyes Friday, the Nebraska Cornhuskers finished their season with a 5-7 record. That means they aren't bowl eligible (although they could go bowling if there aren't enough 6-6 teams) and it's a disappointing first season for Mike Riley at Nebraska. The Cornhuskers' rough season has sparked speculation that Riley is going to be fired, but that's not fair to Riley. Here are Three Reasons Why Mike Riley Deserves At Least One More Year At Nebraska:

Riley is a very different coach than Bo Pelini, and Riley needs time to build Nebraska the way he wants. That means getting players he wants and setting up the schemes he wants to run. It takes time for a team to learn a new offense and defense. One offseason isn't enough time to get everything set up. Nebraska will greatly benefit from having a full year to learn what Riley wants to install on both sides of the ball and the results will speak for themselves next season.

The Cornhuskers' upset win over Michigan State looks even better now that the Spartans upset Ohio State. It also shows just how good Nebraska can be under Riley. It was a peak into Nebraska's potential future and one the fanbase needed to see. That game proved that Riley can win and win big at Nebraska. He deserves another season to build on that win and show he can replicate it.

If Nebraska catches a few breaks during the regular season, the Cornhuskers have an entirely different outlook on their year. All seven of their losses were by 10 points or less and four were by a field goal or less. The end result is ultimately what matters, but the narrow losses prove Nebraska is close under Riley. He deserves at least one more season to show that the team can turn those close losses into wins.