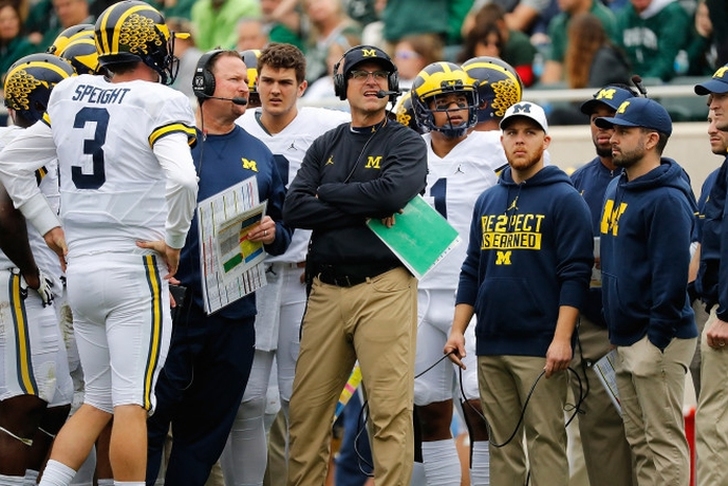 Most colleges are either known as "football schools" or "basketball schools," but very few have two coaches and the funding that make both programs elite. Here are the top college football & basketball program combinations in the country right now:

FSU is 78–17 on the football field in head coach Jimbo Fisher's seven seasons, and they have five straight seasons with at least 10 wins to go along with a national championship. The basketball program still hasn't been able to find any consistency, but the Noles have won 20 or more games in three of the last four seasons.

Along with having the reigning Heisman trophy winner in Lamar Jackson, Louisville is 28-13 over the past three seasons and were a real threat to make the College Football Playoff until the final weeks of the season. On the basketball side, the Cards have been better than you think they've been (and I know you think they're good). They have won at least 25 games in eight of the last 10 seasons and have made the Elite 8 five times in that time frame - including two Final Fours and one national title.

Florida's football team has been turned around in two short years under Jim McElwain, going 19-8 with two SEC East titles in his two years at the school. The basketball program has continued humming after Billy Donovan's departure for the NBA, as Mike White has gone 48-23 in two seasons while guiding the Gators to the Elite 8 this year.

Wisconsin is 21-6 in this two years under current head coach Paul Chryst, guiding them to a Cotton Bowl victory this past year. On the basketball court, Greg Gard has had the job for a season and a half, leading Wisconsin to the Sweet 16 each season.

Michigan has been one of the best football programs in the entire country since head coach Jim Harbaugh took over, winning 10 games in each of his first two seasons in Ann Arbor and made a New Year's Six bowl (Orange) this past season. On the basketball side, Beilein may not get the credit he deserves for the job he's done at Michigan, but he has led them to the NCAA Tournament in six of the last seven seasons - including to the NCAA championship game in 2013, the Elite 8 in 2014 and the Sweet 16 this year.