Where To Watch Alabama vs. Clemson Streaming Online 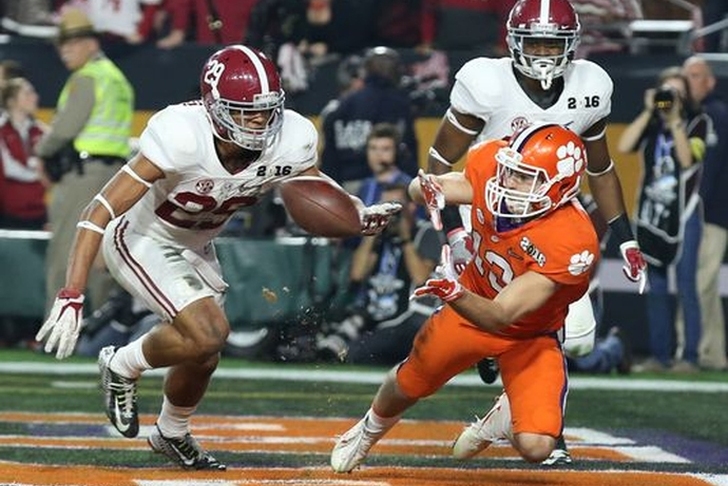 The Alabama Crimson Tide and Clemson Tigers are meeting the College Football Playoff Championship Game for the second year in a row, and promises to be the game of the year. Both teams have spend the entire year ranked in the top 4, and both have been focused on getting back to this game. Alabama won 45-40 in last year's matchup.

A win would give Alabama their 17th national title in program history - including the fifth in the last eight years. Clemson is trying to win their second national title, the first since 1981.

Did we mention that you should probably start with that Watch ESPN thing? Try that first...

NOTE: You can follow this game's stats, scores, and live play-by-play in the Chat Sports App.