What We Learned From Friday’s March Madness Games 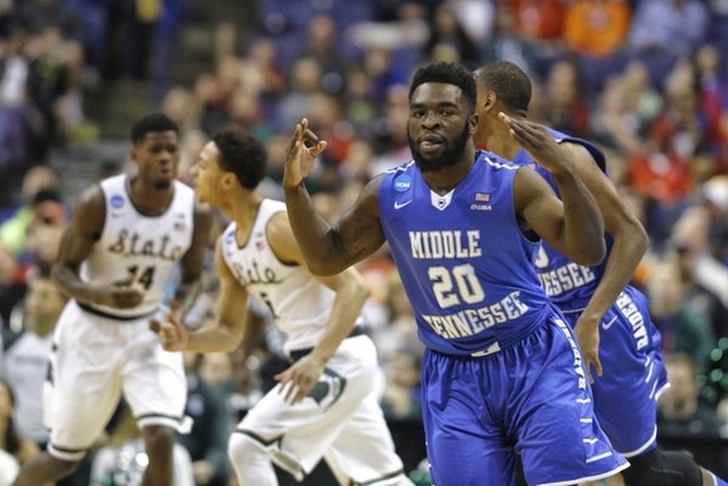 History Made
It was day full upsets, and it was a historical day for March Madness. For the first time, a No. 13, 14 and 15 seed won on the same day. No. 13 Hawaii upset No. 4 Cal to start things off, and No. 14 Stephen F. Austin knocked off No. 3 West Virginia. But the biggest upset was No. 15 Middle Tennessee stunning No. 2 Michigan State. Northern Iowa even got in on the action in spectacular, buzzer-beating fashion for what was the most thrilling upset of the day.

How About The Blue Raiders?
It's too early to call MTSU a Cinderella, but the Blue Raiders are going to a fan favorite from here on out. It's rare for a No. 15 seed to win, which makes MTSU's wire-to-wire win even more impressive. The Blue Raiders might not be FGCU 2.0, but it'll be fun to watch. MSU was one of the favorties this year, and the Spartans' loss likely ruined many brackets.

Leads Aren't Safe
The NCAA Tournament always provides us with a plethora of close games, but these contests have been closer than normal; even when they don't appear that way. This was true yesterday and it remained true today. Maryland, VCU and Iowa all nearly let late leads slip away late. Michigan had fell in a come-from-ahead-effort to lose to Notre Dame, while Northern Iowa needed an insane buzzer beater to avoid doing the same. While all three teams held on for a win, it's yet another reminder that with seasons on the line, it's never safe to take the foot off the gas.

No. 1 Seeds Stay Perfect
With Oregon crushing Holy Cross, all the No. 1 seeds defeated their No. 16 seeded opponents. Kansas and Virginia and little trouble, and UNC's 83-67 win would indicate the Tar Heels didn't either. However, FCGU was down just one at halftime and the Eagles gave UNC trouble. Those that picked UNC to win it all in their brackets are likely a little bit worried.