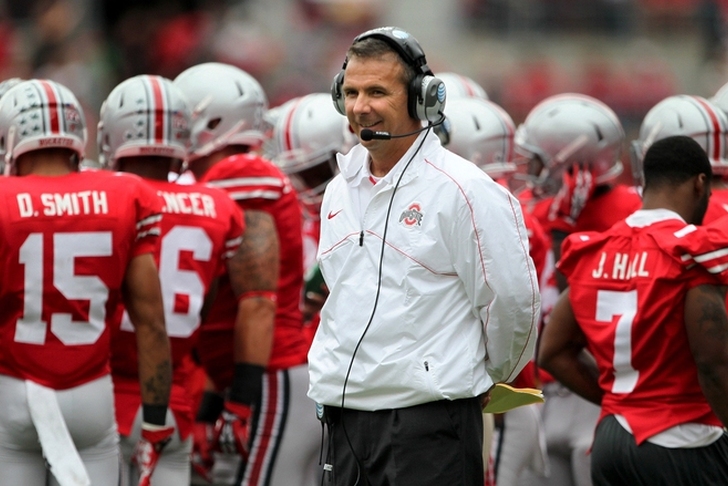 While the 2016 National Signing Day only just wrapped up, nearly every coach and college football program has already started working on the 2017 class. That's the way the recruiting cycle works, because getting an early jump will help the schools land a strong 2017 class. In fact, it's pretty much a mandatory plan at this point.

While this list will likely look drastically different in a year, we've put together top 2017 recruiting classes so far. A big tip of the hat to 247Sports, as their composite rankings were used to determine the top programs. There are numerous top prospects still uncommitted, but several five-star recruits have already picked their program. Of course, high school kids change their mind and they could end up elsewhere come 2017. With all that out of the way, here's a way-too-early look at the Top 10 2017 recruiting classes.

10. Iowa Hawkeyes
You know it's early in the recruiting process when Iowa is in the Top 10. The Hawkeyes have five committed recruits, including the rare five-star addition. That's strong-side defensive end A.J. Epenesa, the top ranked player from Illinois. He committed in June, but expect several of the big-time programs to try to steal him away.

9. North Carolina Tar Heels
UNC has five commits, all of whom are four-star recruits. The top player is OT Jonah Melton, the No. 114 overall player. The Tar Heels managed to keep him in-state. North Carolina might not finish this high, but this is a strong start for a program on the rise.

8. Florida State Seminoles
FSU finished high in 2016, and are on track to have another strong finish this year. The Seminoles have five players committed, led by four-star WR D.J. Matthews. Expect Florida State to end up with another top class.

7. Oklahoma Sooners
The Sooners finished inside the Top 25 this year, thanks to the Signing Day addition of five-star LB Caleb Kelly. The Sooners have five players already committed, including the top player in Oklahoma in LB Levi Draper. The top recruit, however, is four-star OG Tyrese Robinson, the No. 85 overall player.

5. Clemson Tigers
Clemson has been hot on the football field and recruiting trail as of late. Clemson already has five players committed, including two QBs. Four-star QB Chase Brice could be stuck behind five-star QB Hunter Johnson, the No. 1 pro-style QB in the nation and No. 17 overall recruit.

4. Baylor Bears
Baylor continues to find success in recruiting, with seven players committed. Two of those are top 70 recruits, including five-star LB Baron Browning. He's the No. 28 overall recruit and the No. 2 outside linebacker.

3. Miami Hurricanes
Mark Richt's first true recruiting class is setting up to be a good one for the Hurricanes. He's already landed 10 recruits, all of whom are from Florida. The top player is four-star RB Robert Burns, the No. 140 overall player. Check out the Chat Sports Android and iPhone app for more on the Hurricanes.

2. Alabama Crimson Tide
Somehow, Alabama ranking high early isn't much of a surprise. The Crimson Tide already have eight commits, including three top 100 players. The gem so far is RB Najee Harris, the No. 2 player in the nation.

1. Ohio State Buckeyes
Another year, another strong Buckeyes' recruiting effort by Urban Meyer. OSU has 10 players already committed, including a pair of five-star recruits. The first is CB Shaun Wade, the No. 3 CB and No. 12 overall player. The second is OT Josh Myers, the No. 3 player in the nation and top tackle.