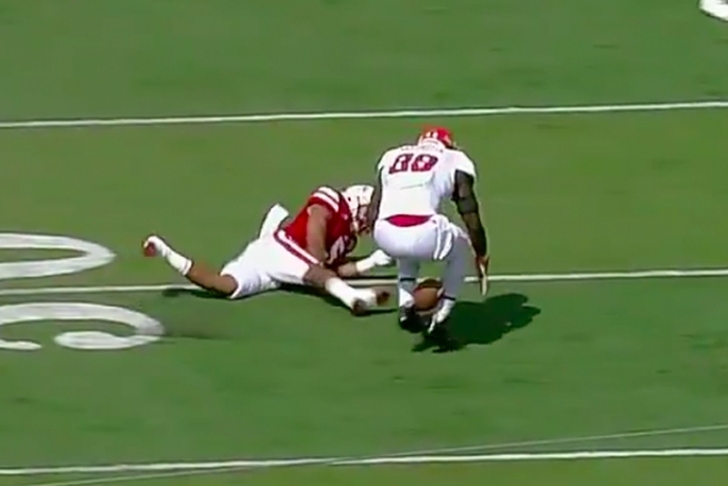 Week 4 of the college football season is only half over, but there have already been a number of quality plays that are worthy of your attention. While we will have all of the top plays on tomorrow's College Football Recap show, here are the top 10 plays of the day so far:

#OhioState's @BinjimenVictor skies over the defender for an impressive TD catch on 4th down! pic.twitter.com/aBnAAX5FwF

.@Hester_2k comes up with a PICK SIX to give #Rutgers the lead! pic.twitter.com/FnhfUFYcn3

UCF seals their upset win over Maryland with a PICK SIX! #UCFvsUMD pic.twitter.com/AjueH5lyQ4

HE. IS. GONE.
Damien Harris takes it to the house for @AlabamaFTBL. pic.twitter.com/yw0suv7u7T

Hogs. Aggies. It's a WILD one at Jerry World.

Catch the finish on ESPN or streaming live on the ESPN App. pic.twitter.com/MnmrrqCJhJ

NC STATE BEING THE NEW U CONFIRMED pic.twitter.com/rzVOyAPdAd

Follow our NCAA page for all the latest college football news!