WATCH: Here Are The Top 10 Plays From College Football So Far Today 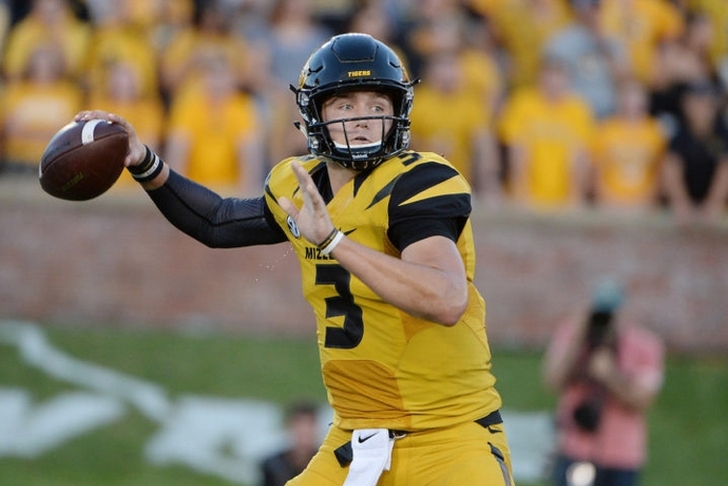 The first full college football Saturday of the season is only half over, but there have already been a number of quality plays that are worthy of your attention. While we will have all of the top plays on tomorrow's College Football Recap show, here are the top 10 plays of the day so far:

#Clemson's band with the EPIC troll of Ohio State. pic.twitter.com/uNmDp40ZdL

Incredible throw from Wilton for our first touchdown of the season! #GoBlue pic.twitter.com/jhbq62xrIu

#Michigan's defense seals the WIN with a sack-fumble-TD! #GoBlue pic.twitter.com/xdX80RvHvq

Saquon Barkley's (@saquonb21) #Heisman campaign is off to a good start! He beats the defense outside for his 2nd rushing TD of the game! pic.twitter.com/qcHewt9186

CRAB CAKES AND FOOTBALL! #Maryland blocks a FG and returns it for a TD!!#Texas is FIRMLY on #UpsetAlert. pic.twitter.com/0ayorE1BqZ

One incredible juke and one huge stiff arm later, @big_ave21 is in the end zone after an 81-yard punt return! #BoiseState pic.twitter.com/rsKATnvFOh

ANOTHER ONE! CJ Henderson (@HendersonChris_) steps in the front of the pass and gives #Florida the lead! pic.twitter.com/4S0Bwoo14t

Follow our NCAA page for all the latest college football news!