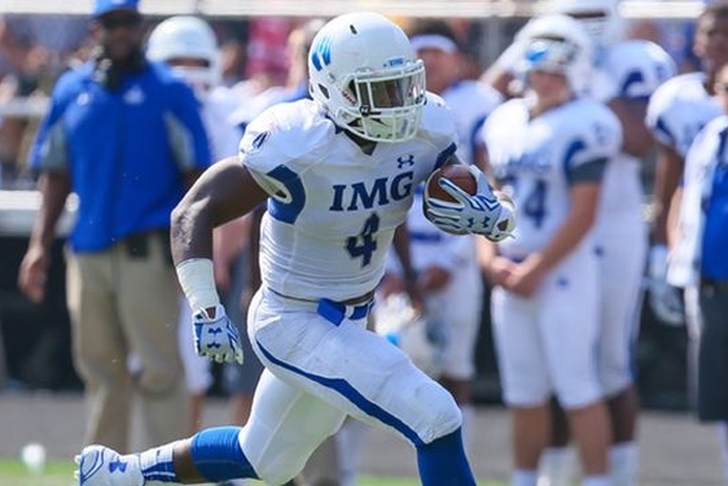 Five-star outside linebacker Jordan Anthony (Bradenton, FL) announced that he has committed to Michigan over Auburn, Maryland, Oklahoma and Penn State. He made his decision on Thursday night in the video embedded below.

Anthony is a five-star recruit who played his senior season at IMG Academy in Bradenton, FL after transferring from Olney, Maryland. He originally played both running back and linebacker in high school, but made the full-time switch to linebacker at IMG.

Michigan was the favorite to land Anthony, as they have led throughout most of his recruitment thanks to his relationship with head coach Jim Harbaugh.

The 6-foot, 220-pounder is ranked as the No. 1 outside linebacker in the country by Rivals. He is Michigan's 25th commitment in the 2017 class, which now ranks in the top five in the country.