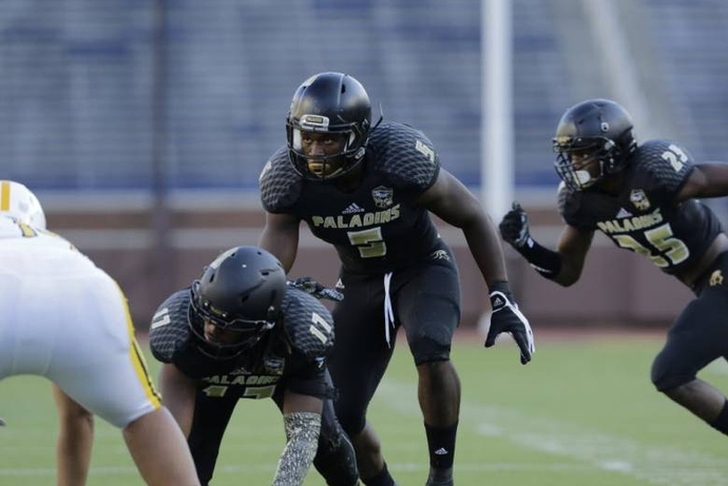 Four-star linebacker Drew Singleton (Paramus, NJ) announced that he has committed to Michigan over Clemson, Michigan State, Alabama and Auburn.

He made his decision on Friday night in the video embedded below. Anthony's decision was streamed live on the Chat Sports Facebook page.

Singleton played out his high school career at Paramus Catholic High School in New Jersey. Michigan was long the favorite to land Singleton, who will now join his former teammate, 2016 No. 1 overall recruit Rashan Gary, with the Wolverines. It is also where star Michigan linebacker Jabrill Peppers attended.

Singleton is currently continuing to recover from a torn ACL that cost him most of his senior season.

The 6-foot-2, 215-pounder is ranked as the No. 3 outside linebacker and No. 66 overall prospect in the country by 247sports' Composite Rankings.