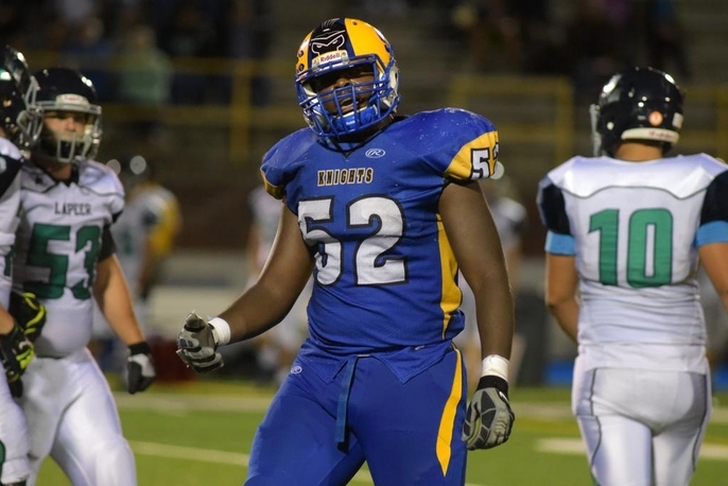 Four-star defensive end Deron Irving-Bey has committed to the Michigan Wolverines. Irving-Bey announced the commitment in a video you can watch below. Irving-Bey picked the Wolverines over Michigan State, Iowa and several others.

Irving-Bey had originally planned to commit at the Under Armour All-American Bowl on January 7th, but announced that he'd commit today instead. The defensive end checks in at 6-foot-5, 282-pounds.

Irving-Bey is listed at the No. 5 player from Michigan and was the top one uncommitted. The four-star recruit is the No. 270 overall recruit in the country. Michigan has landed the top six players from the state of Michigan.

The video of Irving-Bey's announcement is below, via the Chat Sports Facebook page.