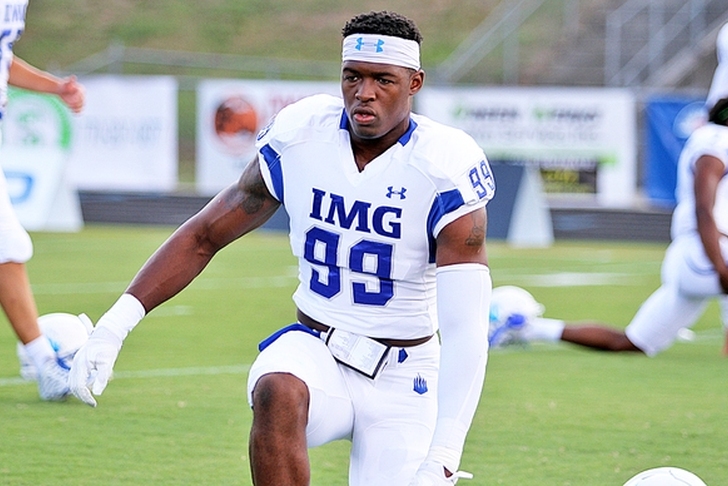 He made his decision on Friday night in the video embedded below. Anthony's decision was streamed live on the Chat Sports Facebook page.

Kaindoh was originally expected to announce his commitment during the Under Armour All-American Game on Jan. 1st, but announced on Twitter on Monday that he was making the announcement on today. The Baltimore native started his high school career at Mount Carmel in Essex, MD before transferring to IMG Academy in Florida.

He originally committed to Maryland in April, but decommitted at the end of November after taking an official visit to Penn State for their final regular season game against Michigan State. However, Florida State emerged as the favorite because he wanted to “be around the caliber of player they have at FSU.”

Kaindoh will enroll early in order to participate in spring practice. The 6-foot-6, 235-pounder is ranked as the No. 2 weak-side defensive end and No. 21 overall prospect in the country by 247sports' Composite Rankings.